Defrauding elderly Americans of their life savings is a multibillion-dollar problem in the United States. Attorney Craig Niven’s law practice partly focuses on trying to recover assets for seniors who have fallen prey to the perpetrators of all kinds of cruel construction and real estate swindles. 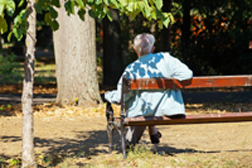 “They poke and prod elderly homeowners into doing home repairs they don’t need at hyper-inflated costs. They fiddle with loan documents, falsify the seniors’ income or deceive seniors about the monthly repayment costs. Then suddenly the senior is stuck with a mortgage they can’t afford and a monthly payment that might be equal to their entire income.

“I would say those are the most horrible cases. It becomes a toxic situation and they can actually lose their home,” says Niven.

A fly-by-night construction rip-off is, of course, not new. It’s as old as the hills and it can happen to homeowners at any stage of life. The problem is that when it happens to seniors, living on fixed incomes, their earning years long gone, it is a lot harder to recover from being cheated says Niven.

Sometimes Niven can help seniors who have been bilked in construction and real estate exploitation, and sometimes he frankly admits he can’t. He “triages” every new case that lands on his desk. He doesn’t encourage seniors to spend money on legal fees in cases where there is no hope of getting back what’s already been lost. Unless there is a real possibility of recovering the assets or collecting, he absolutely won’t go forward.

“Sometimes it’s the neighbor or relative that comes in and befriends the senior and gets control of the assets,” says Niven. “Unfortunately, assets are often squandered before you can recover, but sometimes not. Sometimes it’s a rising market and the assets have been leveraged, so you still might be in a good position. You have to triage the situation and see how to unwind some kind of horrible transaction.”

Niven made a substantial recovery for an elderly couple who had been hoodwinked into refinancing their mortgage at a rate double what they had been led to believe it would be. The tricksters were agents of a real estate company that, as Niven says, “employed people they knew were making false promises and shuffling documents.”

The sales people involved skipped the country, but Niven went after the real estate company and its insurance coverage. “They stepped up and made good for my clients. They had to unwind the loan and pay attorney fees and costs.”

There is also something called a “creditors suit” that can be used to snatch back assets lost through fraudulent means.

“We had a case recently where we didn’t just sue the defendant but we sued the relatives because we knew the scammer kept the property in the relatives’ names. We knew eventually that’s where we would have to go to recover so why not do it all at the same time,” says Niven.

“Every case is different,” says Niven. “It just depends.”


Craig Nevin has been licensed to practice law in California since 1987. He is based in Walnut Creek, California.

Click to learn more about LawyersandSettlements.com
LawyersandSettlements.com is an online news and information site for the general public and legal community. As a legal news resource, we have emerged as an independent & trusted voice. We provide detailed and quality information on various lawsuits filed including Financial Cases, Consumer Frauds, and Elder Care Cases.