Beverly Hills, CA (December 09, 2013): It’s a formula that can be fraught with risk. As Americans age through their retirement years and begin showing signs of physical and cognitive frailty, they often need to rely on family members or trusted advisors to help take care of their financial accounts and obligations. However, financial advisors have been known to take advantage of an elder’s reduced cognitive capacity, directing elderly investors toward financial products that might be ill-suited for them. And family members have been known to take advantage an elderly individual’s trust. Sometimes the trust is misplaced. 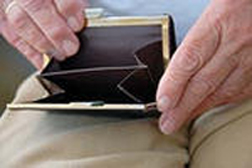 Attorney Phil Brown knows this all too well, having spent the last decade of a 45-year career in law focusing on financial fraud plied against the elderly. According to an exhaustive study undertaken by the MetLife Mature Market Institute in association with the National Committee for the Prevention of Elder Abuse (NCPEA), elder financial abuse represented a $2.9 billion problem in the US in 2010, a 12 percent increase from $2.6 billion reported in 2008. *

And while various facets of aging ??" such as confusion, indecision, Alzheimer’s disease or dementia ??" may occur, a recent study suggests that a senior loses cognitive capacity for understanding financial matters while retaining their confidence nonetheless. In his study, Old Age and the Decline in Financial Literacy,** researcher Michael S. Finke of Texas Tech University found that financial literacy scores decline by 2 percent each year after the age of 60, contributing to poor credit and investment choices by older respondents.

Combine such a cognitive decline with advisors or family members who endeavor to take advantage of a situation, and the results can be tragic.

Brown,in an interview with LawyersandSettlements.com writer Brenda Craig, noted that in his experience family members will often advise a parent to turn over a bank account or other investment to them for safe keeping, only to siphon away the assets once control has been seized. Persuading an elderly parent to turn over a title to property is another ploy. “It’s quite like stealing,” Brown says, adding that it’s rare to be brought in by a concerned third party before a financial indiscretion takes place. In most cases, he says, “The financial fraud against the victim has already occurred.” This leaves Brown with the sometimes difficult task of unravelling the exploitation and making things right.

“Every case is different. It often involves complex family relationships, or a caregiver who takes advantage of the situation; it’s always slightly different. The reality is that financial exploitation of elders has been going on forever. There are just more elderly people these days and more cases of financial elder abuse,” says Brown.

“You’ve got to catch the money real fast or you will never find out where it’s gone,” Brown continues. “In one case, I had to phone up a son who’d had his mother unknowingly sign over her bank accounts to him. Within days, the accounts were drained. I phoned the son and said ‘your mother wants her money back.’ That’s one where we did have to go court, and, yes, we got the accounts back.”

A graduate of Berkeley and UCLA Law, and a founding partner at Phil Brown Law in Beverly Hills, Brown notes that things are not always as they appear. As such, seemingly trustworthy advisors or family members can turn around and take advantage of a trusting senior with cognitive issues. And sometimes assets are gifted to someone quite properly, even though on the surface it appears suspect.

“I have represented defendants where someone is making a claim that a gift was obtained improperly and in fact it wasn’t,” says Brown. “Several years ago my client was supposed to inherit a house. She had a friend she met in a doctor’s office where they were both going for treatment. The woman had no spouse and no children and she gifted the house to my client,” says Brown, who adds that his client was accused of manipulating the situation under protections against financial fraud and elder financial exploitation within California law.

“She hadn’t done that, of course,” says Brown. “It was a true gift and we got [his client] the house.”

Brown advises that seniors acquire separate powers of attorney for medical and financial matters. “Pick people you trust,” he says. “If you have two people on your team, they can keep each other in check.”

More FINANCIAL ELDER ABUSE News
LawyersandSettlements.com provides comprehensive legal news and critical information for those affected by once-in-a-lifetime situations involving medical device lawsuits, personal injury, defective products, California Overtime and labor issues or a host of others. Readers seeking legal help can request it by completing a form which is distributed to attorneys specializing in these cases. Trial attorneys utilize the site to keep abreast of hot legal issues and settlements as well as connect with potential clients. Web: https://www.LawyersandSettlements.com".

About Online Legal Media
Online Legal Media owns and operates websites providing information for the general public and the legal community. LawyersandSettlements.com, founded in 2001, is an online legal news publication with over 2.1 million visitors annually and hundreds of thousands of requests for attorney help from its readership. OnlineLegalMarketing.com serves as a portal for trial attorneys to network and market their firms to other legal professionals. HealthEffectsOfAsbestos.com offers resources for those suffering from asbestos exposure and mesothelioma. Online Legal Media is based in Santa Cruz, California.

Posted by
Joe Smith
on October 15, 2015
I live in the SF Bay Area and my 85 year old father was a victim of financial elder abuse by a Calif real estate agent, a Maui real estate agent, mortgage broker, and Title Company. They processed a loan in his name then helped the unrelated, third party Calif real estate agent get her name on the Deed to the property sold to my father. Fraud, forgery, misrepresentation, and illegal use of an attorney-in --fact to sign the closing loan documents was used by the perpetrators (they used the real estate agent's daughter as the attorney in fact and the agent received a commission).

Our family would like a lawyer skilled in elder abuse and real estate fraud to handle our case.