LawyersandSettlements.com Interviews Elder Fraud Attorney With Regard to Financial Exploitation of Seniors

Walnut Creek, CA (January 19, 2014): Consumer fraud against the elderly is already a multi-billion dollar problem that’s poised to grow even bigger each year, thanks to the overall aging of what CNN.com notes as the largest single generation of Americans born in US history, the Baby Boomer.* And California-based attorney Craig Niven winces at some of the ways in which various hucksters and even cold-hearted family members take advantage of seniors. 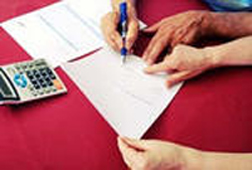 “[The perpetrators] poke and prod elderly homeowners into doing home repairs [seniors] don’t need at hyper-inflated costs,” says Niven, in comments made to LawyersandSettlements.com’s Brenda Craig. The scammers “fiddle with loan documents, falsify the seniors’ income or deceive seniors about the monthly repayment costs. Then suddenly the senior is stuck with a mortgage they can’t afford and a monthly payment that might be equal to their entire income.

“I would say those are the most horrible cases,” Niven continues. “It becomes a toxic situation and they can actually lose their home.”

According to the US Census Bureau, the growth of the most elderly segment of the population has remained significant since 1900.** From 1900 through 1960, the elderly increased tenfold while populations under 65 grew at a much slower place, at 2.2 times larger. From 1960 ??" three years after the baby boom peaked ??" through 1990, the elderly grew by 88 percent, compared against a growth rate of 34 percent for persons under age 65.**

CNN reports that as of July, 2011 boomers represented 25 percent of the US population. As boomers continue to age, it represents a significant concern for elderly Americans who might suffer from increasing forgetfulness, and who may be more apt to live alone following the death of a spouse, and overall can be very trusting.

“Sometimes it’s the neighbor or relative that comes in and befriends the senior and gets control of the assets,” says Niven. “Unfortunately, assets are often squandered before you can recover, but sometimes not. Sometimes it’s a rising market and the assets have been leveraged, so you still might be in a good position. You have to triage the situation and see how to unwind some kind of horrible transaction.”

There are several strategies that Niven has used to recover assets for a senior who has been the victim of elder fraud--sometimes as the result of scam artists; sometimes, the victim’s family is part of the problem.

“We had a case recently where we didn’t just sue the defendant but we sued the relatives because we knew the scammer kept the property in the relatives’ names. We knew eventually that’s where we would have to go to recover.”

To that end, an elder fraud lawsuit is often used to recover assets lost through fraudulent means ??" either to a con artist, or a member of the victim’s own family. Relatives can be just as greedy when it comes to helping themselves to an elderly father or mother’s assets, or talking an easily confused senior into divesting themselves of money or assets when it is not in their best interest to do so. “Every case is different,” Niven says.

** “Aging in the United States ??" Past, Present, and Future”, US department of Commerce, Economics and Statistics Administration, Bureau of the Census: with information from the Office of the Demography of Aging, US National Institute on Aging, June 27, 2011, http://www.census.gov/population/international/files/97agewc.pdf

More FINANCIAL ELDER ABUSE News
LawyersandSettlements.com provides comprehensive legal news and critical information for those affected by once-in-a-lifetime situations involving medical device lawsuits, personal injury, defective products, California Overtime and labor issues or a host of others. Readers seeking legal help can request it by completing a form which is distributed to attorneys specializing in these cases. Trial attorneys utilize the site to keep abreast of hot legal issues and settlements as well as connect with potential clients. Web: https://www.LawyersandSettlements.com".

About Online Legal Media
Online Legal Media owns and operates websites providing information for the general public and the legal community. LawyersandSettlements.com, founded in 2001, is an online legal news publication with over 2.1 million visitors annually and hundreds of thousands of requests for attorney help from its readership. OnlineLegalMarketing.com serves as a portal for trial attorneys to network and market their firms to other legal professionals. HealthEffectsOfAsbestos.com offers resources for those suffering from asbestos exposure and mesothelioma. Online Legal Media is based in Santa Cruz, California.

SP received call on Thursday 2/18/2016 around 9
Caller persuades her
-that Josh didn’t go to work
-that he went for a ride with a friend Mike
-that Mike was speeding so Police pulled them over and found cocaine in the car
-that he needed $2000 to bail him out
-that she has to go to bank take out cash, go and buy cash cards and call them with card information
-and that she should tell NO ONE about what she was doing

She went to reception area of Brookdale where she found the bus driver Kesha.
Kesha drives her to Chase Bank near Macy’s.
Spoke to Lynette Nunez, marketing director at Brookdale
I asked her if there is anything that a resident might do that would cause administration or bus driver to question their behavior
She said that there is nothing that would cause anyone to question resident

Bus took her to Chase. at 2121 Torrance Blvd, Torrance, CA 90501 (310) 618-9950
When she arrived at Chase there was no in line in front of he
Teller was Carla
SP told Carla that she was getting cash to give to her son to buy a car
Bus driver was there when she left bank and took her to Vons

Vons at 2705 Torrance Boulevard
310-371-1172
Manager on receipt is Yadira Gonzales
Asked where Reloadit cards were
She purchased 4 cards each with a value of $500/card
Kathy was cashier who accepted the $3000 at 10:35AM
Kathy didn’t ask any questions and SP offered no information

Returned to the bus where Kesha is still waiting for her
When she gets back to Brookdale they call her, have her scratch off label on back where there is a number
She reads them the number

Reloaded cards are issued by Bancorp
Customer service is 888-633-9434 and is located in San Salvadore
If you call this number you have two options
Option : what to do if you purchased reload card
Option: What to do if you believe you were scammed
That’s it. (appears that these cards are used frequently for scams)

Bus was out of service so she was forced to take a taxi to Chase.
SP now withdraws $3000 from same teller Carla
Carla asks no question about withdrawals despite the fact that SP never took out more than $200 and has now withdrawn $5000 in two days

She has to take a second taxi to Vons at same location
She gets 6 cards with value of $500/card
Cameron, the cashier, told her he could not take in excess of $2000
SP insists that she speak to the manager
According to SP manager looks her over and approves the $3000 transaction but asks no questions

I called SP Saturday Morning 2/20 around 1:00PM when she told me the story
I called the Torrance Police who went to take a report that afternoon
I called Vons and spoke to Louis Leal who said he would check into what happened and would have someone get back to me on Monday