On September 19, 2017, six burn victims filed a lawsuit against Tristar Products, Inc. in the Philadelphia Court of Common Pleas. They claimed they were hurt when their Tristar pressure cooker’s advertised “Built-In Safety Features” failed. All of the incidents cited in In Re: Kenneth Christian, et al. v. Tristar Products Inc. involve the same pressure cooker, Model No. PPC-790, but many Tristar products have been implicated in similar pressure cooker explosions. The litigation can be expected to grow. 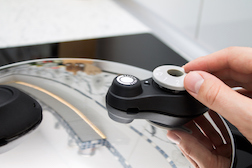 The owner’s manual for Model No, PPC-790 describes a lid safety device that “[p]revents pressure build-up if lid is not closed properly and prevents lid from opening until all pressure is released.” In addition, a YouTube marketing video featuring culinary expert Eric Theiss assures consumers that, “when your Pressure Cooker is up to pressure, the lid locks on. I couldn't get this lid open if I wanted to. There's no way you're gonna open it. So, it's loaded with safety features, you guys. So, if you've never used a pressure cooker before, this is one of the safest ones you can get.”

The Complaint is comprehensive, alleging:

More EXPLODING PRESSURE COOKER News
Model No. PPC-790 is hardly the only problematic Tristar pressure cooker. Consumers have filed lawsuits against Tristar in state and federal courts in Texas, Florida, Tennessee, Michigan, Louisiana, California and Georgia for injuries resulting from their use of Tristar’s Power Pressure Cooker XL and other models with the same safety features. Many reported incidents describe a failure of the lid locking system that permitted the cooker to be opened when contents were still under pressure, as allegedly occurred in In re Christian. Others tell of violent explosions, with the lid blowing off forcefully enough to damage kitchen cabinets and appliances, sometimes also badly burning cooks and bystanders with scalding food.

The increasing number of lawsuits and consumer complaints about exploding pressure cooker injuries suggests that the problem is far too common and that consumers should exercise great caution.