When people come to talk to Jonathan Streisfeld, a KO partner, about excessive bank overdraft fees and returned item fees, “they feel frustrated with the number of fees assessed on what should be a small dollar transaction. They are confused about their bank’s practices.” More than anything, they just want their money back.  The problem occurs with banks and credit unions alike. 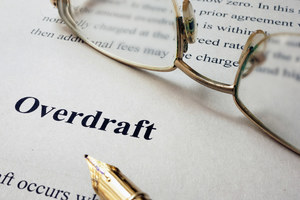 But for the Fort Lauderdale law firm, getting the money back takes the right argument for the right facts. Streisfeld shared with LAS three possible approaches. For an angry and frustrated checking account customer, sometimes one works better than the others.  It largely depends on what the contract governing the account says. Sometimes more than one theory works because it is common for customers whose accounts overdraft to also have items returned for insufficient funds. These customers typically do not have a cushion of funds in their accounts because they cannot afford to do so. What follows is a deep dive into some of the ways that consumers can fight back when banks charge unfair overdraft fees.


Two sets of books – or the “ledger balance” argument


This is a banking practice that permits banks to charge overdraft and return item fees on transactions that arguably do not overdraw a customer’s account.

In one recent situation described by Streisfeld, the bank determined whether an account balance was negative (and thus subject to overdraft fees) by using a calculation that deducted pending debit card items. This manufactured balance, sometimes referred to as the “available balance,” was often less than the balance provided to accountholders in their monthly statements or when they check their account balances online, which is sometimes referred to as the “ledger balance.”

Problems arise when the contract between the financial institution and the customer describes the use of the ledger balance to determine if an overdraft exists, when in fact the institution uses the lower available balance as the trigger to assess overdraft fees.

The counterargument to be made by customers focuses on misleading or incomplete disclosures in the contractual agreements. These agreements, which have various names, such as an account agreement, membership agreement or a separate overdraft protection agreement, can be difficult to read, may incorporate other undisclosed bank documents by reference, and are often unilaterally updated by the bank, without ever being read or fully understood by the average account holder.  The contracts are often ambiguous.  Whether that ambiguity is intentional or not, the accountholders should get the benefit of the doubt because they cannot control what language goes in the contract.


Another variation on the same theme involves re-casting the financial institution’s decision to pay a particular debit card transaction as a two-step process. These are often referred to as “Authorize Positive Purportedly Settle Negative Transactions,” or “APPSN Transactions.”

However, sometimes transactions actually settle and the funds are transferred from the customer’s account to the merchant’s account several days later. During that period of days, several more account transactions may occur.

The Consumer Finance Protection Bureau expressed concern about the deceptive nature of APPSN transactions as long ago as 2015.


In the first two overdraft fees situations, the financial institution is paying the transaction and charging a fee.  Another pernicious practice that Streisfeld regularly sees harms accountholders when the institution has returned an ACH debit or check payment request due to insufficient funds in the account to cover the payment.  A $30 insufficient funds fee (a/k/a return item fee or NSF fee) can easily become a charge of $60 or $90 when the merchant tries to reprocess the initial failed payment request on its own initiative and not at the request of the accountholder. Simply put, the accountholder is charged multiple fees on the same transaction.

In one recent situation described by Streisfeld, the bank’s fee schedule indicated that only a single insufficient funds fee would be assessed per item returned due to insufficient funds. According to the account agreement in the same case, “Your account may be subject to a charge for each Overdraft regardless of whether we pay or return the Overdraft.” Another contract document stated, “You will be charged a non-sufficient funds (NSF) fee of $30 for each item returned.”

A reasonable consumer would conclude that the terms “item” and “each” referred to only one NSF fee. The plaintiff in that case did not dispute the bank’s right to charge the first NSF fee but was startled by the repeated fees for a single item. She believed the additional charges violated the terms of her agreement with the bank.

More EXCESSIVE OVERDRAFT FEE News
This is a basic breach of contract argument, although it may also support a violation of state consumer protection laws and the financial institutions obligation to deal with its customers in good faith. The same is true with the overdraft fee theories discussed above.  Similar cases have been brought for contractual violations of banks’ promises to refrain from charging overdraft fees on one-time transactions when the customer has not opted-in to the financial institution’s overdraft fee service, a federal requirement for all banks and credit unions.

These approaches to excessive overdraft fee lawsuits hardly exhaust the range of remedies available to consumers who believe that they have been victimized by their financial institutions. Nonetheless, they reflect some of issues seen by Streisfeld and his KO partners in their practice.