On March 1, the State of Texas filed a lawsuit in Texas state court, alleging that Griddy Energy LLC misled energy consumers in violation of the Texas Deceptive Trade Practices—Consumer Protection Act  (DTPA). In the aftermath of the massive February winter storm, Griddy customers found themselves with the astronomical electrical bills. One Houston resident complained that Griddy debited her credit card $4,677 in one week for electricity in her 800 square foot, one-bedroom apartment: “I do not have the money to pay this bill. We need help.” Griddy also auto-debited hundreds, sometimes thousands, of dollars from consumers’ checking accounts in a period of days. These massive daily withdrawals triggered cascading bank overdraft fees. 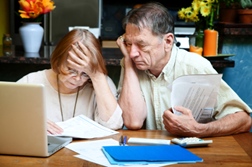 
Griddy offered only one service in Texas - residential electricity. Unlike traditional electric retail providers, the company did not own power generation capability nor did it enter into long-term pricing contracts with power generators. Instead, it purchased electricity on the open, spot market.

Griddy charged customers a flat monthly rate and then passed the price at which it purchased electricity directly on to the consumer. During times of stability and low demand on the grid, Griddy was able to purchase electricity cheaply and pass those savings to consumers. The model worked in good times. This is what it advertised.

But instability in the electrical market can expose customers to enormous risk, resulting in massive losses. Griddy’s marketing efforts allegedly downplayed the nature and extent of this risk and the costs consumers could expect at times of unusual demand.

Was the advertising deceptive?


In August 2019, a heat wave in Texas brought increased demand on the energy market. Griddy customers paid as much as $9.00 per kilowatt hour or $9,000 per megawatt hour for electricity—the same rate they later paid February 2021 during the winter storm.

In 2019, consumers were reportedly surprised and angered at charges—up to $1,200 for three days—believing that they were inconsistent with the advertising that had initially led them to Griddy. Griddy’s tweeted response to the outrage over the August 2019 charges was dismissive: “[u]nfortunately that is just the ride that is the wholesale market . . . there’s gotta be some highs.”

Following the 2019 price spike, Griddy allegedly made no notable changes to its advertising. As the Texas Complaint asserts, “[t]he Griddy.com website continued to advertise that, “For only $9.99 a month, get access to the wholesale price of electricity.”

However, there is no officially indexed wholesale price of electricity in Texas. Instead, Griddy passed the price it pays on to the consumer along with its monthly $9.99 fee. The Better Business Bureau issued a consumer alert in 2019 about Griddy’s advertising claims, writing that the term “wholesale” should not be used unless a business “actually owns and operates or directly and completely controls a wholesale or distribution facility which primarily sells products to retailers for resale.” This was never Griddy’s business model. Texas argues that Griddy’s repeated representation of their prices as being the “wholesale” price was therefore misleading.

Record-breaking cold in February reportedly brought Texas’s electrical grid within minutes of collapse, with rolling blackouts the last stand to retain control. When the lights came back on, however, Griddy customers found giant costs and, often, huge bank overdraft fees.

In the wake of the 2021 power crisis, Griddy allegedly pointed the finger elsewhere -- blaming the Public Utility Commission, the Electric Reliability Council of Texas (ERCOT) and other retail electricity providers for the much higher rates that Griddy customers paid.

More EXCESSIVE OVERDRAFT FEE News
Texas alleges that Griddy engaged in false, misleading and deceptive acts and practices in violation of the DPTA. These include:


The market has already meted out punishment. Griddy has reportedly been hit with a $1 billion class action lawsuit from customers accusing it of price gouging. In addition, ERCOT has revoked Griddy’s rights to operate because it missed required payments to the regulator. Griddy customers are being transferred to other power providers.

If you or a loved one have suffered losses in this case, please click the link below and your complaint will be sent to a consumer frauds lawyer who may evaluate your Excessive Overdraft Fee claim at no cost or obligation.
Request Legal Help Now

Click to learn more about LawyersandSettlements.com
LawyersandSettlements.com is an online news and information site for the general public and legal community. As a legal news resource, we have emerged as an independent & trusted voice. We provide detailed and quality information on various lawsuits filed including Consumer Frauds, Consumer Banking Issues, and Financial Cases.