On December 2, the Southern District of California granted preliminary approval to the settlement of a class action lawsuit that shone a light on the real cost of Target’s Red Card purchases for thousands of Target shoppers since 2012. The store-branded payment card permitted Target to charge Returned Payment Fees (RPFs) of $20 to $40 in addition to multiple bank overdraft fees on purchases for which there were insufficient funds in a customer’s account. 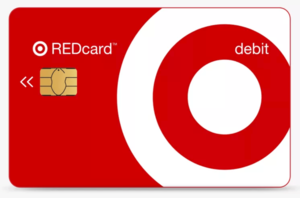 Target made money; the bank made money. As Walters v. Target Corp. argues, consumers could be out up to $100 for even a small miscalculation. The immediate culprit appears to be lack of disclosure to consumers. The bigger story may be about the failure of government regulation to protect small short-term borrowers from predatory lending practices.


Target marketed its Red Card with the promise of 5 percent savings on all Target purchases. By incentivizing consumers to use a Target Red Card over other electronic payment forms, Target saved on transaction costs associated with processing credit card or bank-issued debit card transactions.

The retailer described the card as a “debit” card. The Compaint alleges that this description is misleading because true debit cards cause an immediate withdrawal from the consumer’s checking account if sufficient funds are available. If insufficient funds are available, the purchase is declined immediately. Target delayed the processing of the transaction, often by several days, which allegedly caused customers to misestimate the balance available in their checking accounts. According to the Complaint, these RPFs were either not disclosed or insufficiently disclosed.


BANKS GET THE LAST BITE


Target also typically submitted the declined purchase to the customer’s bank multiple times. Eventually, the retailer usually got paid. The customer’s bank, however, often charged insufficient funds fees, as high as $29, every time the item was submitted and returned. These kinds of fees have become an increasingly important source of revenue to banks and credit unions.


Target shoppers, like consumers everywhere, have become accustomed to the convenience of shopping with debit cards rather than cash. When properly monitored, debit cards can help consumers control spending. Careful management, however, depends on the consumer’s access to information about potential fees.  The gravamen of Walters is that this vital element was missing.


Who shops at Target? Almost everyone has shopped there at some point. But studies suggest that typical Target shoppers are predominantly female, white or Hispanic and between the ages of 18 and 44. They make a little more than Walmart shoppers.

Young and with enough disposable income to have a bank account, they are not payday borrowers, but not rich yet, either. This roughly tracks the demographic of those most likely to be charged bank overdraft fees.

More EXCECESSIVE OVERDRAFT FEE News
Payday loans, RPFs and checking overdraft fees are arguably different pieces of the same puzzle. These are fees charged to consumers for the privilege of borrowing small amounts of money (often accidently borrowed, in the case of an overdraft fee or RPF) for a short period of time. They are also famously under-regulated. The effective interest rate tends to be sky high.

Various attempts have been made to rein in this segment of the lending industry. The Consumer Financial Protection Bureau made a brief foray into payday loan regulation, now largely undone. Efforts have also been made to require extensive disclosure and affirmative agreement on the part of consumers to the so-called “overdraft protection” feature of checking accounts.

What was new and disturbing with the Walters lawsuit, was the effort of retailers themselves to break into the low-market lending industry. The danger is that this turn of events may slip past the notice of those who watch consumer lending protection.

Posted by
robecca smith
on March 2, 2020
I have had the Red card and have OD fees because of their delayed practice.
Posted by
Christy Rosas
on February 18, 2020
Had a red card for10 yrs.
Posted by
Scott Schultz
on February 7, 2020
My wife insisted on this card because it would save us money. In 2012-2014, we had a few overdrafts caused by Target. This was insulting and greedy of Target to charge fees on top of the bank so fees, not to mention the additional financial stress caused to us when we were struggling to get by.
Posted by
Marilyn Bloch
on January 19, 2020
I have a Target card so do I qualify for being in the clsss action.
Posted by
Jacquelyn Keyes
on January 12, 2020
I received OD fees from delayed withdrawals from Redcard.
Posted by
Lisa Sorrentino
on January 12, 2020
Had a red card forc10 yrs.

Click to learn more about LawyersandSettlements.com
LawyersandSettlements.com - A trusted, independent legal news provider bringing quality news and information on legal cases and lawsuits filed in the United States of America to its readers since 2002. Over 650,000 legal help requests including Consumer Banking Issues, and Consumer Frauds have been forwarded to lawyers all across to the country.