On February 19, the Ninth Circuit held that a borrower, who found herself in what she described as a “high-tech debt trap,” must arbitrate her claims against the lender, having waived her right to sue. Marggieh DeCarlo was trying to build credit but instead found herself entangled instead in a ruinous web of loan charges, membership fees and bank overdraft fees. 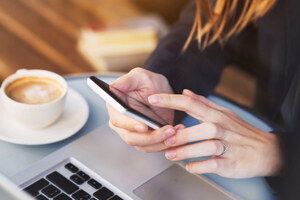 Both the District Court and the Ninth Circuit have now upheld the enforceability of the arbitration agreement she signed as a condition of her loan. The Ninth Circuit opined that the kind of public injunctive relief that would protect other borrowers from this kind of debt trap was, at least in theory, something that a private arbitrator might grant.


MoneyLion operates a smartphone app that offers financial services to its customers. One service is the MoneyLion Plus program. The program offers a $500 credit-builder loan with a 5.99 percent annual percentage rate. According to the Complaint, the company markets this program to those who live paycheck to paycheck and cannot afford traditional bank lending fees. It promises that its app and affiliated consumer finance products will offer “Americans a revolutionary new way to get ahead” by “leveraging innovative technological approaches to improving customer outcomes.” Ms. DiCarlo wanted to open a hair salon and realized that she would need to be able to secure financing. To qualify for financing, she needed a positive credit history.

In March 2019, she enrolled in the Plus program, signed a membership agreement and applied for a $500 “Credit Builder” loan. The membership and related agreements required her to pay a $29 monthly fee, subject to periodic adjustments, make monthly investment deposits of $50 and repay her loan at $43.06 per month. She was also required to sign an automatic payment authorization that granted MoneyLion and its affiliates the authority to initiate electronic fund transfers from her bank account for the fees and payments.

Several months into the loan, Ms. DiCarlo’s financial situation changed. MoneyLion’s attempts to withdraw funds from her bank account failed due to insufficient funds. As she fell behind on her loan, she began to accumulate additional bank overdraft and insufficient funds fees.

When she tried to cancel her membership, she was told that could not do so until she paid off the full amount of the loan. Repeated attempts to reach customer service to resolve the problem led her into a labyrinth of automated touchtone options, with each selection leading to a new sub-menu. Not once during this time, was she able to speak to a human customer support representative about her concerns. She ultimately filed a class action lawsuit on behalf of herself and others similarly ensnared MoneyLion borrowers.

At the time the lawsuit was filed, according to MoneyLion, she owed $711.00 in past-due membership fees, which she had to pay before being allowed to make payments on her loan, access the $223.62 in her investment account or cancel her membership. MoneyLion responded to the lawsuit by invoking the arbitration agreement.

The District Court dismissed her lawsuit, ruling that she was required to arbitrate her claims and the Ninth Circuit affirmed. Neither court has addressed the situation that was the basis of her claim.


In AT&T Mobility v. Concepcion, the U.S. Supreme Court upheld compelled arbitration in consumer cases, a move which some commentors saw as a giant blow to consumer rights lawsuits. Arbitration is generally understood to favor corporate defendants.
California, however, has adopted an exception to the general rule that arbitration agreements are to be enforced for claims brought as Private Attorney General Act claims. The application of this exception in this case hinges on the rule arising from a 2017 California Supreme Court case, McGill v. Citibank.

More EXCESSIVE OVERDRAFT FEE News
The McGill rule is that contracts must allow public injunctive relief. Ms. DiCarlo argued that an injunction that would require MoneyLion to cease its advertising claims of “no hidden fees,” would only be available through a PAGA claim. Recasting her lawsuit as a PAGA claim would also exempt it from arbitration.

Counsel for MoneyLion argued that the arbitration agreement permits the arbitrator to award all remedies available under California law, including an injunction that would require the company to change its practices. The Ninth Circuit appeared to find this argument persuasive.

Others may suspect that this outcome is unlikely. In any event, it seems an unsatisfying end to a lawsuit brought by someone, who like many others, has found herself trapped by predatory lending practices.