It happens more than you might think. An uninsured patient comes into the hospital for medical treatment. It’s when they get the hospital bill that they really start to feel sick. The bill turns out to be so large it is impossible to pay. 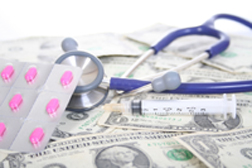 So, the uninsured patient doesn’t pay the bill because they don’t have the money. Then the hospital unleashes the collection agency and everything starts spiraling out of control.

If this sounds familiar to you – you are not alone. In fact, attorney Kramer from the Law Office of Barry Kramer in Los Angeles, California believes there are literally hundreds of thousands of people out there with emergency room bills they can’t pay.

This is a familiar story to Kramer. He specializes setting things straight relieving people of scary hospital bills. Kramer says the reality is the patient has often been overcharged. In fact, they have been so massively overcharged that it is the hospital that should be on the run from the patient.

“This goes on at hundreds of hospitals all across the country all the time,” says Kramer. “About 10 or 15 percent of all patients arrive in an emergency room without insurance...Many uninsured people just walk away from these bills. They ignore them. Their credit is ruined. They end up in bankruptcy and it is very detrimental to their lives."


“The patient hasn’t paid the bill and they are reluctant to bring an action against the hospital.”
Kramer argues that hospitals deliberately inflate the bills for uninsured patients and that these people are usually asked to sign open ended contracts upon arrival in the emergency room that allows hospitals to take advantage of uninsured patients in this way. “There is often no price that is agreed upon,” Kramer says.

Kramer flips it around, turns the unpaid bill into a consumer complaint and takes the hospital to court for overcharging uninsured patients. He’s does it regularly and he says he does it with a great rate of success. The difficult part, however, Kramer says, is convincing people with unpaid bills to realize they have a case.

“The patient hasn’t paid the bill and they are reluctant to bring an action against the hospital,” says Kramer.

“The best people for me to work with are the uninsured. Sometimes people with unpaid hospital bills do not want to get involved in an action. They think ‘well how can I complain and get involved in an action when I didn’t pay anything?' But they have every right to complain about a bill that is not justified. They should complain before their credit rating is ruined or there are other negative consequences of just ignoring it.

More INSURANCE News
“The problem is they are over billed. It is the billing that is improper. People will think maybe this will stay quiet or go away and the fact that they didn’t pay it improves our position with the courts,” he says.


“The best people for me to work with are the uninsured.”
“Meanwhile, the hospital is yelling that the stiff that never paid his bill is suing them. Hospitals just don’t want to admit that the bill itself was outrageously over inflated and that’s why it didn’t get paid,” Kramer says.
"However hospitals have 'a secret internal rate list'.

“They claim everyone is charged the same, but it really isn’t true. They have side agreements with insurers, or Medicaid. So if you are other than uninsured you pay less. It is a system that is really unfair to the uninsured,” he says. “And it is the uninsured with unpaid hospital bills that I can help.”

If you or a loved one have suffered losses in this case, please click the link below and your complaint will be sent to an insurance lawyer who may evaluate your claim at no cost or obligation.
Request Legal Help Now

Posted by
OverCharged
on November 16, 2016
A relative point that I would like to make, is that during my 24hr stay as an inpatient, the staff took every opportunity to run up my tab. I'd wake up from sleeping and there would be a "leg massager" on me, next I'd be tutored on how to use a flow meter (when I was having no issues breathing and I was not in the hospital for breathing issues), and a myriad of other extras.
Posted by
Tanya Mendez
on October 27, 2016
In August 2015, I was hospitalized in CCU for 4 days. During that time I received a lot of tests and treatments. Unfortunately, I had no health insurance then and still don't. I was assured by the hospital's financial aide's office that I would qualify for disability based on my conditions, age, and limited income. Even though we did apply and appeal more than once, I was repeatedly denied. Now I am left owing well over $50,000, most of which has been turned over to collections agencies who have reported such to my credit and continuously call or mail me. My income is on average less than $1000 per month. There is no way I can afford to even make a small dent in these debts.
Posted by
rochelle Bracelli
on October 24, 2016
I was uninsured when I had a stroke . I spent one night in the hospital . I was told they would right it off. then I became homeless. Years later I found out they did not it off and put it on my credit when I was trying to rent an apartment . I was told I ws being sued by a hospital.
Posted by
Darcel Chambers
on October 23, 2016
I went to emergency for a simple allergic reaction. I received a bill for $2,000.