Five years ago, a study found that ER departments charge up to 340% more than what Medicare pays for services, and not much has changed.

There was a flurry of reports and studies about five years ago that found routine price gouging in emergency rooms nationwide, and it was worse for the most vulnerable populations – poor and minority patients. It appears that, no matter how advanced medical technology gets, many emergency room patients are left in the dark, and left with an unexpectedly huge ER overcharges bill. 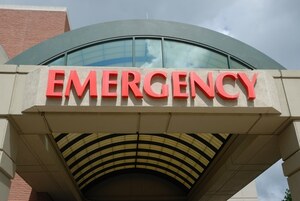 The 2017 study, published in JAMA Internal Medicine, determined that emergency departments charge on average 1.0-12.6 times  ($100-$12,600) more than what Medicare paid for services.

“There are massive disparities in service costs across emergency rooms and that price gouging is the worst for the most vulnerable populations,” said lead author Martin Makary, M.D., professor of surgery at Johns Hopkins, and reported by Fierce HealthCare. “This study adds to the growing pile of evidence that to address the huge disparities in healthcare, healthcare pricing needs to be fairer and more transparent.”

The researchers found that on average: A 2016 study found that 1 in 5 inpatient emergency-room cases result in surprise bills. The Kaiser Family Foundation survey said that among insured, non-elderly adults struggling to pay medical bills, charges from out-of-network providers were a contributing factor one-third of the time. And 7 in 10 individuals with unaffordable out-of-network medical bills said that the provider wasn’t in their plan’s network when they received care.


According to a $100 million lawsuit filed in federal court last year by UnitedHealthcare, the ER overcharging problem is not going away. The nation’s largest health insurer has accused Tennessee-based TeamHealth of systematically overcharging ER patients for minor medical needs.

The lawsuit includes examples of “upcoding” from New York to Texas and charging exorbitant fees to patients who had back pain, strep throat, or an earache – fees that are typically billed for complex ER visits.

Neither the government nor health plans have had much success proving that ER charges are intentionally padded. Enter UnitedHealthcare. The health insurance provider independently reviewed 47,000 claims and found that, for roughly 75% of the charges at the highest level, there was no reasonable justification in the medical records, and the rate of charges at the highest billing code is far higher than other providers, according to the lawsuit. TeamHealth executives and the company’s owners are blamed, not physicians providing the care.

More EMERGENCY ROOM CHARGES News
The lawsuit states that, “Notably, no emergency room physician ever saw a dime of this extra revenue…TeamHealth pays physicians a flat hourly rate, and retains all of the revenue above costs generated by TeamHealth-affiliated medical groups. TeamHealth’s inequitable conduct served only to line the pockets of TeamHealth executives and their private equity backers.”
TeamHealth CEO countered by calling the lawsuit “frivolous” and accuses UnitedHealthcare of profiting through “down coding claims and refusing to consider the expertise of frontline clinicians who make a diagnosis.”

Here are a few facts, according to CNBC:
READ ABOUT EMERGENCY ROOM CHARGES LAWSUITS

Posted by
Holly Johnson
on November 16, 2022
I was recently seen at Care Now urgent care. The bill they sent only said "medical services"