Patient is Charged ER Fees Without Being Seen

After spending seven hours in a Georgia ER, a potential patient left without treatment, but she was charged $700 for the visit. In other words, patients can be charged without being seen.

After waiting in the Emory Decatur Hospital ER for seven hours to treat a head injury, Taylor Davis couldn’t wait any longer and went home. She later received an emergency room bill for $688.35. Are you familiar with the old English proverb that “Children should be seen and not heard”? Here’s a new American phrase: “Patients are charged for not being seen.” 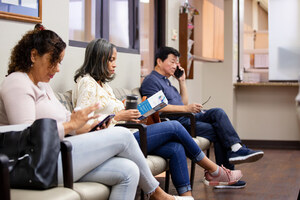 Davis told Fox5 Atlanta News that she waited as long as she could stand it – imagine waiting seven hours with a head injury. After receiving the ER bill, Taylor called the hospital to tell them about their mistake. Imagine her surprise when told, “it’s hospital protocol even if you’re just walking in and you’re not seen. When you type in your Social [Security number], that’s it. You’re going to get charged regardless.” Taylor was charged a facility fee, also called ER visiting fee.


Facility fees run the gamut--from a $25 room to a $2,500 chemotherapy treatment, and now a $700 chair. Kaiser Health News explains: “This is often called ‘provider-based billing’ and it allows hospitals that own physician practices and outpatient clinics to bill separately for the facility as well as for physician services. In 2009 when this billing was granted, one billing consultant calculated the fees could provide an additional $30,000 annually per physician for hospitals.”

Alan Sager, a professor of health policy and management at the Boston University School of Public Health, calls facility fees a tax on sick people – “the latest gimmick to generate additional revenue for hospitals whose profit margins have sagged in the past two years as the economy has nosedived.”

Others are calling it straight up robbery. Dr. Rashad Richey, the outspoken host on Indisputable on TYT said on YouTube that,  “You’d think the bill was a mistake but no! You get billed for breathing their air and sitting on their chair…they are going too damn far making stuff up so they can get more money.” He went on. “Hospitals need to have more integrity than the local dope dealer because [the latter] won’t charge if they aren’t given something.”

Taylor’s incident went viral. On its Facebook page, the hospital is dealing with the backlash from this debacle. Suzanne Graver posted, “Disgusting policy! Pure evil”.

More EMERGENCY ROOM CHARGES News
Tim Lockhart posted, “If I ever have to come to your ER and I'm not seen, send that bill. I'll counter it with a bill of my own! A bill for wasting my time, failing to render medical treatment, failure to provide services promised and administration fees to deal with your BS! The total will amount to $2,500.”

Juan Medina summed it up succinctly: “$700 for using a chair for 7 hours. Shameless.” And this reporter also posted: “Has Taylor been refunded $700?”

Here is its standardized response: Thank you for your comment. Emory Healthcare takes all patient concerns seriously and has been working with the individual to address this matter. We are reviewing our processes and procedures to ensure billing accuracy and to provide the best patient experience possible.

Naturally Taylor is reluctant to go to a hospital again, which begs the question: would she and countless others wait until their health issue worsens before seeking (and not necessarily getting) treatment?