Although the “No Surprises Act” will be in effect January 1, 2022, the first regulations are slated for July 2021. If all goes according to plan, patients to emergency rooms will no longer be hit with outrageous ER overcharges or receive surprise bills in the mail, mainly due to out of network treatment. 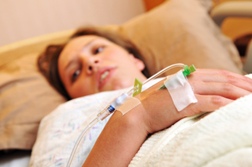 According to Law360, California's A.B. 72 will apply to nonemergency services performed by out-of-network-physicians at an in-network facility and caps payment to physicians at the greater of 125 percent of Medicare or the average in-network contracted rate.

Surprise billing can happen to both insured and uninsured patients. After being treated at an emergency room, from having an x-ray to a COVID test to a gallbladder removal, the patient often receives a bill in the mail for much more than bargained for, sometimes thousands and thousands of dollars more.


This is one scenario. A patient goes to the emergency room at an in-network clinic or hospital but the doctor who treats the patient is not contracted with the patient’s health insurance—in other words, the doctor is “out of network”. The insured patient receives a bill their health plan may partially cover, and the surprise is that the patient was never informed of these charges at the time of treatment. Many patients have no idea that a hospital associated with their health plan can employ doctors who are not contracted with that insurer.

Here is another scenario. The patient is covered by health insurance but the insurer determines costs of services and treatment and the patient is on the hook for the balance. Say the average cost of an x-ray is $100. The insurer pays $100 but the patient is billed $500 because the hospital charged $600. Emergency room overcharges are all too common.

The AB 72 law in California specifies a payment amount or cap reimbursement. The No Suprises Act will mandate health plans and insurers to pay providers the amount by which the "out of network rate ... exceeds the cost-sharing amount.” And the definition of "out-of-network rate" means that, in states where a state law "provides for a method for determining the total amount payable," "the amount determined in accordance with such law."

In California, out of network charges was set by the California Court of Appeal for the Fifth Appellate District in Children's Hospital v. Blue Cross in 2014. It is defined as "the price that a willing buyer would pay to a willing seller, neither being under compulsion to buy or sell, and both having full knowledge of all pertinent facts.”

More EMERGENCY ROOM CHARGES News
This definition means that the provider can charge whatever is paid on the market for similar services and litigation can go on interminably -- involving expert testimony to determine the market value of services, such as x-rays and gallbladder removal. The current problem with this system is that no specific method is in place to determine payment amounts. The No Surprises Act in California is supposed to rectify this issue.

The No Surprises Act will purportedly hasten disputes. Currently some medical overcharges claims languish in court for years. Law360 reports that disputes under the act could be decided in under three months — and without costly experts. “The determination of the panel is binding and not subject to judicial review absent fraud or corruption by the arbitrators.”

If you wind up with a surprise bill, before or after No Surprises regulations, experienced ER overcharges lawyers advise you not to be in a hurry to whip out your checkbook. If you are the victim of hospital overcharging, the bill can be disputed.

Click to learn more about LawyersandSettlements.com
LawyersandSettlements.com - A trusted, independent legal news provider bringing quality news and information on legal cases and lawsuits filed in the United States of America to its readers since 2002. Over 650,000 legal help requests including Drugs & Medical Cases, and Consumer Frauds have been forwarded to lawyers all across to the country.