Antidepressant Use While Pregnant Linked to Autism Risk 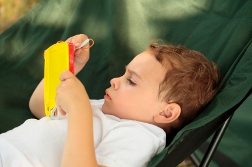 Effexor is in a class of antidepressants known as serotonin-norepinephrine reuptake inhibitors (SNRIs). They are similar to selective serotonin reuptake inhibitors (SSRIs) in that both affect levels of serotonin in the patient’s brain. SNRIs, however, also affect levels of norepinephrine. Some similar side effects have been found between the two classes of antidepressants, but that does not mean that all side effects found with one will be found with another.

A study conducted in Sweden (reported on by The New York Times; 4/22/13) suggests that the use of SSRIs or tricyclic antidepressants could increase the risk of having a baby with autism spectrum disorder. Researchers noted that it was not clear from the study whether it was the use of antidepressants while pregnant or the mother’s depression itself that was linked to the development of autism. They also noted that although the risk was higher when mothers took an SSRI and a tricyclic antidepressant, use of the medication resulted in only a very small percentage (0.6 percent) of the cases of autism spectrum disorder.

The study was published April 19 in BMJ (British Medical Journal). “The increased risk was observed with SSRIs as well as with other monoamine reuptake inhibitor (tricyclic) antidepressants,” researchers wrote. “All these increased risks seemed to be confined to autism spectrum disorders without intellectual disability and persisted after adjustment for several confounding factors.”

More EFFEXOR BIRTH DEFECTS News
The study’s authors wrote that a previous study conducted in California found a twofold increase in the risk of autism spectrum disorder when the mother had a prescription for an SSRI during the year before pregnancy. That study did not include other antidepressants and involved only a small number of people.

“With the current evidence, if the potential risk of autism were a consideration in the decision making process, it may be reasonable to think about, wherever appropriate, non-drug approaches such as psychological treatments,” researchers concluded.

Posted by
amanda clark
on March 7, 2016
i have a son who is aspbergers touretts adhd eds and anxeity and i was on antidepressant drugs before and into first trimester of pregnancy this was in early 1995 so probably to late to do anything but i have another child who was born in 2003 i was on 225 mg of effexor xr for all of pragancy he is add/adhd and was deaf basically from tubes not developing had tubes inserted but never spoke till he was 4 he also from age 10 mon till age 6 had night terrors to where he would scream from time he went to bed till morning this occured everytime he went to sleep he is now on meds to sleep he does not sleep unless medicated * we have tried stopping the meds and he will stay up for days on end and crash for 3 hours and go again been like that since he was 5 now i dont know if any of this is effexor related and if it is too late he was born in 03 .I firmly believe if you are not a danger to yourself or others to not take antidepressants it is up to you to watch out for your baby and child doctors wont to them you are a case number nothing else .