Will Juul Go Up in Smoke?

Hundreds of lawsuits are being fired against the vaping company Juul, including school districts, and cities and states nationwide are getting tougher with e-cigarette restrictions.

Along with cities and states nationwide hitting the electronic-cigarette manufacturer Juul with tougher restrictions, the L.A. Unified School District and other school systems have slammed the vaping giant with class action lawsuits claiming toxic vapes from e-cigarettes are health hazards and could be killing their kids. 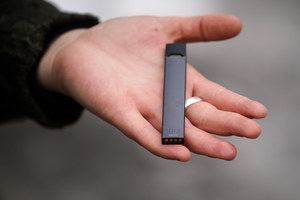 
Less than a month after the Los Angeles school district filed a lawsuit against Juul Labs Inc., the Glendale Unified School District followed, stating that Juul had created an “epidemic of youth vaping that impedes student learning and puts the health and safety of Glendale Unified students at risk,” according to the Los Angeles Times, adding that “this crisis is made worse when companies like Juul intentionally target young people in their marketing.”

The L.A. Unified School District (the second-largest school district in the nation) class action lawsuit, which is filed on behalf of school districts throughout California, seeks unspecified compensation for financial harms and punitive damages. Further, it petitions the court to allow this lawsuit to be a vehicle for school systems across the state to receive compensation from Juul: “ We have had to divert dollars away from classroom instruction and instead spend it on counseling and programs to help inform students of the dangers of vaping,” said L.A. schools Supt. Austin Beutner.

According to the lawsuit, Juul's marketing techniques included hiring social media “influencers,” to attract youths to its product, but Juul denies marketing to young people. The lawsuit further notes that “Big Tobacco” can no longer employ such strategies and tactics to market traditional cigarettes, but “Nothing prevented Juul from doing so.” Juul critics say that the vape company used the same advertising techniques perfected by the tobacco industry that got young people hooked on cigarettes.

Juul has been hit harder with these lawsuits than other e-cigarette companies for another reason besides its marketing campaign: The San Francisco-based company is the most popular brand amongst high school students, and has captured about 70 percent of the vaping product market. Its flavor pods are particularly appealing to first-time and young nicotine users.

To date, Juul has responded to the class action lawsuit by saying it will suspend the sale of mango, creme, fruit and cucumber pods in the U.S., and it will also suspend U.S. advertising. It denies “marketing to kids” and is “taking steps to limit access to products for anyone under 21.”


Also at the end of October, the L.A. County Board of Supervisors voted to ban the sale of all flavored tobacco products and L.A. City Council is considering banning the sale of all e-cigarettes and vaping devices citywide.

Posted by
Rick
on January 12, 2020
Who care what happens to Juul... They are owned by the makers of Marlboro, Altria.