Second Duragesic/Fentanyl Recall in Less Than One Week

A second recall has been issued for Duragesic/Fentanyl patches issued across the United States. The recall involves fourteen lots of the Fentanyl Transdermal System CII patches issued by Actavis, Inc. and sold by Actavis South Atlantic, LLC.

The patches are being recalled from the shelves of pharmacies and wholesalers as a safeguard measure to protect patients using Duragesic/Fentanyl. The manufacturer of the most recently recalled Duragesic/Fentanyl patches is Corium International, Inc. who is under contract with Actavis. The alleged concern is that the patches may pose a risk of overdose to those who use them for pain relief.

The newest recall follows on the heels of the less than one week old recall issued by PriCara and Sandoz for Duragesic patches manufactured by Alza, Corp. The patches for that first recall were 25 micrograms per hour and are primarily issued to people in lower weight brackets, children, and patients new to the medication. 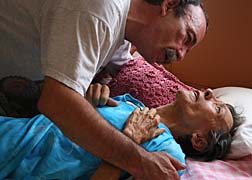 People who take Duragesic have chronic pain conditions that require the assistance of an opioid that will release pain medication into their system continuously. The Duragesic patch is the means used since other ways are not as effective for pain relief in these patients. It gives a time released and continuous stream of pain suppressing power for people with severe pain issues due to medical conditions.

The FDA has allegedly released that Actavis used to be headed under the name of Abrika Pharmaceuticals, Inc. They have issued a solemn warning for consumers not to handle the patches directly with their bare hands. The Duragesic/Fentanyl patches may have the old company name of Abrika stamped on the pouch that contains the patch. However, the outside of the packaging may clearly list Actavis as the company.

More News
Patients under a doctor's care using the Duragesic/Fentanyl patches that are a part of the recall need to contact their doctor immediately with questions. Also, if consistent pain relief is necessary a doctor will be able to prescribe an alternative to the Duragesic patch. Anyone in possession of the recalled patches distributed by Actavis should call 1-877-422-7452. The outer packaging will have the following vital information with an Actavis logo appearing on the outside packaging:

If you or a loved one has suffered from an overdose while using Duragesic, please contact a lawyer involved in a possible [Duragesic Pain Patch Lawsuit] to review your case at no cost or obligation.
Request Legal Help Now

Posted by
Alicia Martinez
on January 28, 2013
Hello , I'm using this patch and I fell like if I had an over dose . I just started with swolen feet and legs and nausea. I'm very weak all over and I can't eat, I also had to vomit but its just a nasty saliva very bitter taste. I still have those symptoms in my body. What can I do, I just thought about going to the hospital but I don't now what they will think about me ? And what will they do? Can you give me an advise?