Another lawsuit has been filed against the maker of a fentanyl pain patch alleging the patch was dangerous and caused the death of a woman. The wrongful death lawsuit, filed by the deceased's sister, was filed against the makers of fentanyl patches, including Alza Corp., Sandoz Inc and Novartis. Fentanyl, sold under the Duragesic pain patch brand name, is a highly potent painkiller that has been linked to other deaths. 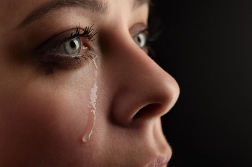 According to the Pennsylvania Record (6/22/12), Tracy King filed the lawsuit on behalf of her deceased sister, Sonya Marshall. The lawsuit alleges that Marshall died on June 19, 2010, of fentanyl toxicity but states she did not misuse the patch or the fentanyl in any way.

Since fentanyl pain patches were released on the market, there have been several recalls of a variety of patches because of manufacturing defects. Those defects resulted in holes in the patches, which allowed the fentanyl to come into contact with the patient's skin. Fentanyl is a powerful opioid, around 80 times stronger than morphine. When it comes into contact with a patient's skin, it is absorbed by the system too quickly, resulting in slowing of the patient's respiratory system.

More DURAGESIC FENTANYL PATCH News
Because fentanyl is so strong, it is only recommended for use in patients with chronic or debilitating pain that is not managed by less powerful medication. Patients who use the pain patch are urged to follow the directions exactly to avoid any chance of suffering an adverse reaction.

In April 2012, the FDA warned that young children are also at risk of harm from fentanyl pain patches, even in situations where the patch is not defective. Children have died or been hospitalized due to fentanyl exposure from patches that were not properly discarded.

Tracy King's lawsuit alleges manufacturing and design defect, failure to warn and negligence. It further alleges that the defendants knew about the "unreasonably dangerous risks" associated with the patch but did not adequately warn the patient or her physician.

Posted by
John Doe
on April 23, 2016
My father suffered a heart attack while in the hospital less than 24 hrs after his doctor prescribed him a 75micogram patch. He had a 50microgram patch put on three days before with April 13 2016 15:33 hrs. less than 72 hrs latter his nurse came in with a higher dose. He had only two patches in a select hospital. One 50 then a 75. I'm getting an autopsy and feel it will show fentanyl toxicity. My father did not like fitting high he was 72 and he wanted to feel any kind of buzz he would drink a beer. At most 50oz a day but slowed when he got older.

I really don't believe correct action were made by increasing the dose of fentanyl when he was not complaining about pain that was intolerable. I was there along with my sister who witnessed everything the day he was give. the 75 microgram patch. This hospital has a very bad wrap sheet after doing research. In ten years they have lost seven wrongful death cases in the past 10 years. on was in June of 2015. I study medicine and never have done much research on fentanyl.

I did not think I would need to as he went to this hospital from another one as he was on a ventilator.

He came off the ventilator on the 15th. They badgers him to tell me he did not want DNR. It was like he was being prosecuted. My dad asked what the second option was . And she said we hook you up to a drop and go to sleep. Sounds like some Kevorkian stuff to me. My dad started crying. Toughest man I ever met crying cause the doctors action and words.

On April 16 2016 at approx 11:30 I was called and they told me my dad was code blue and that his heart stopped and they were giving him something to get it back going. I was told I should come to the hospital. Before I could even get my pants on they called back and said he did not make it. My dad did not have heart problem. He went to general practitioner religiously and was never diagnosed with any heart issues.

I would strongly suggest watch your loved ones if you don't want a hospital giving them just anything. They were about to give him Dilaudid on top of the patch. He took Dilaudid in 2010 and it made him so torn up he thought he was landing jet airplanes. I mentioned that just in small talk and in a joking manner. The nurse left the room and came back with a 75 microgram patch. I asked her are you not concerned about him having shallow breathing. I told her the other hospital would not give him pain meds as they were scared it would shallow hiss breathing. She told me and I have witnesses that "fentanyl don't usually cause your breathing to be depressed". OK well his chart shows he is allergic to morphine. Should that not be enough to indicate he should be monitored and assured that the drug is not to much for him. He was on the 50 and it made him lethargic for two or three days. I am opening up a case on this hospital. I understand if you are a patient at home and you are prescribed this. In a hospital the nurse does not bring you the box with all the warning so that comment above about fair warning does not apply to my dad or any patient in a hospital. I feel myour dad hate to say was killed by his doctor.

She looked right at my dad's face about 12 inches away and told him "you know you only got a day or two right" Who the he'll tells anyone this. Don't a doctor's oath state that they will do no harm?

Well she is a piece of crap in my book. I pray she looses her license and is charged in the death of my father. I have GBI helping out in the matter and will comment back after the results.

PLEASE IF YOUR LOVED ONE IS ON HYDROCODONE OR OTHER LESS POWERFUL PAIN KILLERS. WATCH THEM CLOSELY IN A HOSPITAL CAUSE THEY WILL THROW A PATCH ON THEM IN A SECOND AND A SECOND ONE ON TOP OF THAT.I know you leave the first one on for thirty minutes after applying the second patch. what if the patch has the time at 15:33? You think the nurse coming in after is going to assume he got a patch 4 hours early. they let's me know 24 hours later he was getting q25 microgramso of fentanyl. He almost died when he took codeine. He could handle the HYDROCODONE but morphine or coding made him deathly I'll.

Posted by
Janet klingbeil
on February 2, 2015
I've been on Fentanyl transdermal patch 75mg for two years now. I am very dilligent to use PRECISELY as prescribed. I, like the previous patient stated would not only be bedridden but in a care facility as my pain is so great without them It is literally intolerable. Under the care of my pain management physician whom I see on a monthly basis, I am able to live at home and have a relatively normal life. Granted I no longer hike or play basketball, but I am at home. I keep my patches along with all other meds in a strong box even though I dont have small children often in my company. I do have a very curious border collie pup and I am so very careful to flush the patch immediately uopn removal. I am so so very sorry for the loss of anyone seeking help who in turn lost their lives however every single drug, prescription or OTC carries a risk. Upon purchase of that medication you have then chisen to take that risk. My most sincere condolences to the families suffering losses of loved ones.
Posted by
DOGPARK
on December 13, 2013
FENTANYL IS A VERY STRONG PAIN RELIVER, ANYWAY THIER MEDICAL TAPE THAT WILL HOLD IF PUT ON RIGHT , ANYWAY THERE NO GETTIG HIGH WITH FENT , ALL THAT WILL HAPPEN YOU REGRET THE 50$ YOU PAY AND GOOD CHANCE A TRIP TO ER AND A NASTY TASTE IN YOUR MOUTH. NOT WORTH THE TROUBLE.
Posted by
barb
on April 22, 2013
I have used these patches for over 9 years. There are plenty of w.arnings in the literature that is included in the boxes. Along with suggestions to flush used patches if there are no other reasonable means of disposal. Without these patches I am unable to have any kind of life. I find it hard to walk,ride in vehicles, or even get out of bed. I understand that sometimes these fall into the wrong hands; but there are warnings on the box ,inside on literature,on the medication explanation sheets from the pharmacy, as well as a long conversation with the prescribing doctor. These should only be used by patients who already tolerant of opoids.
As far as the patches falling off, there are any number of products that secure the patch for whatever amount of time is prescribed. Tegaderm makes all sizes of film coverings for any dose of patch. There are many other brands of film coverings that will do the same job, I just happen to use this one. I never have problems with my patches falling off, no matter how much I sweat.
This comes down to accountability. If the patches come from the manufacturer defective; that is one thing. But if someone was not following the very specific instructions that always come with these products, that is not the fault of the manufacturer. And anyone with children should be responsible for watching their children to keep them out of harms way from anything they may come in contact with. I don't understand how a child could have a patch on or in their possession for an extended period of time. And an adult that has been prescribed this medication should be tolerant of the drug and understand how to use it before it is stuck on their body.
I am very sorry for these peoples loss but you can not hold the drug company responsible for how the product is used or disposed of when all this information is provided BEFORE the product is used.