Duragesic Fentanyl was designed for the patient who is besieged with chronic pain. For such a patient, for whom there is little relief found elsewhere, Fentanyl patches are a godsend. But they can also kill, and have, according to a recent Duragesic lawsuit. 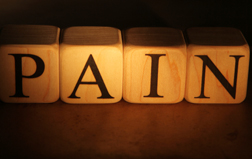 The Salt Lake Tribune (1/27/12) reports that Janine Ward died May 4, 2010, after being prescribed the Fentanyl Duragesic patch for chronic pain. The product, which is described as being 80 times stronger than morphine, is a patch designed to be worn on the skin. A small reservoir of fentanyl is released slowly from the patch through the patient's dermis.

On two occasions, in 2004 and again in 2008, the manufacturers of the Duragesic patch issued a recall of the product after a small number of patches proved to be defective due to an alleged manufacturing problem. The defective patches were found to release fentanyl at a higher rate than it was originally designed to do.

The results can be lethal. The wrongful death lawsuit, filed in late January in the 3rd District Court of Utah, noted that toxicology reports showed Ward presented with a lethal level of fentanyl in her system at the time of her death.

Ward had been prescribed a 50mcg/hr patch for pain. While aware of various Duragesic side effects, it is alleged Ward and her family had no idea that a Fentanyl Duragesic patch had the capacity to trigger death.

The wrongful death lawsuit alleges when the first lots of Duragesic pain patches were recalled in 2004, an investigation by the US Food and Drug Administration (FDA) determined deficiencies in manufacturing processes and quality control on the part of ALZA Corporation, which manufactures the Duragesic patch at a facility in Vacaville, California.

The lawsuit alleges the manufacturer withheld important information from the FDA. The action also accuses ALZA of failure to undertake adequate testing, together with the failure to indentify the potential for death on the product's safety information.

More DURAGESIC FENTANYL PATCH News
In a statement obtained by the Deseret News (1/30/12), the parent company of ALZA, pharmaceutical giant Johnson & Johnson, expressed sympathy to the plaintiff for the loss of his life partner, but maintained its product was safe.

"The Duragesic patch is a safe and effective treatment for persistent moderate to severe chronic pain when under the care of a doctor and according to the FDA-approved prescribing information," said William Foster, business unit communication leader for Johnson & Johnson's pharmaceutical companies. "Like all prescription medications, it has benefits and risks."

Preston Ward is pursuing ALZA for negligent misrepresentation, together with six other causes of action. He seeks a minimum of $300,000 in damages. Sandoz Inc., a distributor of the Duragesic Fentanyl patch, is named as a co-defendant in the Duragesic lawsuit.