A recent study suggests that patients who suffer from Crestor side effects or issues with other statin drugs may be able to continue with therapy after a break. The study found that Crestor issues and other statin side effects sometimes resulted in a discontinuation of medication, but within 12 months, patients began treatment again, often successfully. 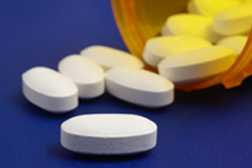 The study, published in the Annals of Internal Medicine (4/2/13), found that of approximately 100,000 adults prescribed a statin at practices affiliated with Brigham and Women’s Hospital and Massachusetts General Hospital from 2000 through 2008, 17 percent had a documented statin-related event. Of those, 59 percent discontinued their statin, but more than half of those who discontinued their statin began taking it again within 12 months of stopping. Of those who started statin therapy again, more than 90 percent continued to take it a year after restarting therapy.

Researchers concluded that many patients who discontinue statins can restart them, suggesting that many statin-related events are caused by other factors, are tolerable or are limited to an individual statin, rather than the class of statins overall.

In an editorial accompanying the study, Scott M. Grundy, MP, PhD, wrote, “The prevalence of true statin intolerance is not well-defined; nevertheless, bona fide intolerance seems to fall in the range of 5% to 10%. A higher percentage of patients, ranging from 10% to 20%, have statin-associated muscle problems.” He noted that other side effects attributed to statins include liver injury, memory loss and increased risk of diabetes, but did say that some patients blame their health problems on the medication even if something else may have caused them.

More CRESTOR News
Meanwhile, a study published in the British Medical Journal (3/19/13) suggested that patients who started potent statins were at an increased risk of being hospitalized for kidney injury compared with those who started statin treatment with a low potency. According to researchers, patients who started with rosuvastatin (Crestor), simvastatin (Zocor) or atorvastatin (Lipitor) at higher doses had a 15 percent increased risk of kidney injury.

Statins, which help lower high cholesterol, can be life-saving drugs for some patients. In other patients, patients who do not have heart disease for example, the risks may not be worth the benefits. The study suggests that the practice of putting patients on higher doses of the drug to more aggressively affect cholesterol levels may have more risks than thought.

Posted by
Dorvan Breitenfeldt
on April 7, 2013
Six weeks after my physician increased my Crestor from 20 mg to 40mg I had symptons of severe muscle pain and weakness,memory loss,nausea, myalgia, loss of strength, balance problems and malaise. I went from jogging 3 miles, walking 5-10 miles while hunting elk in Montana to walking on crutches for a month. Now after stopping Crestor 4 months ago, I still have a major balance problem some myalgia and greatly reduced strength and endurance. Muscle pain is reduced, but still present especially in the mornings and keeps me awake at might.
I feel that crestor has has had a major adverse affect on my lifestyle.