Concern Over Crestor Side Effects Is Old News

AstraZeneca, the manufacturer of Crestor, recently released its third-quarter (Q3) results for 2015 during which the company referenced various patent and personal injury lawsuits for the benefit of investors and analysts concerned, as they are, about all aspects of doing business. And a Crestor lawsuit, for a pharmaceutical firm, is simply part of doing business. However, various Crestor side effects have not only been fueling lawsuits, but have also been raising the ire of health advocates for some time. 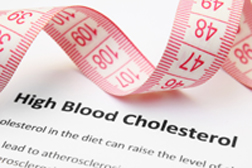 Given the widespread (and increased) use of statins for the lowering of so-called “bad” LDL cholesterol, it’s time for a blast from the past - to the point where Crestor was being considered for the market by the US Food and Drug Administration (FDA).

Dr. Sidney M. Wolfe MD of Public Citizen was there, facing the FDA, urging the FDA not to approve Crestor.

“In opposing the drug’s approval at a July 9, 2003 FDA advisory committee meeting, we pointed to two cases of kidney failure and one case of kidney insufficiency in clinical trials prior to approval in which patients had also experienced both protein and blood in the urine,” wrote Dr. Wolfe, in a letter from late winter 2004 and posted to the official website of Public Citizen. “There were also a large number of patients who had blood and/or protein in their urine but had not suffered from kidney failure. In addition to this kidney toxicity, unique among all of the statin drugs, rosuvastatin is the only one of these drugs in which any cases of the life-threatening muscle destruction known as rhabdomyolysis was found to occur prior to approval.”

Wolfe’s appearance before the FDA was on July 9, 2003. Crestor was ultimately approved, but Public Citizen had more to say. In a letter to then-Commissioner Mark B. McClellan MD, PhD, of the FDA, dated March 4, 2004, Public Citizen was back demanding an outright ban of a drug that it opposed approval of in the first place, and that had been on the market for just five months.

“In the United States, where the drug has only been on the market for a little more than 5 months,” Wolfe writes, in 2004, “a 39-year-old woman, taking only 20 milligrams a day, died of Crestor rhabdomyolysis and renal insufficiency. In addition, a 63-year-old man in the US developed acute renal failure using a dose of only 10 milligrams a day and another patient in the US developed renal insufficiency and renal tubular necrosis after using rosuvastatin at a dose of 10 milligrams a day for only 2 weeks. The total number of new cases of adverse reactions after approval in the US, Canada and the UK combined include:

• 6 patients with bleeding or abnormal bleeding tests who were also using blood-thinning drugs such as Coumadin, known to have an abnormal interaction with rosuvastatin (patients using 10, 10, 10, 10, 20 and unknown milligrams per day).”

There was no mention of Crestor diabetes; however, various Crestor side effects lawsuits allege that Crestor patients, with no family history of diabetes and without known diabetes triggers such as poor diet and lack of exercise, are suddenly struck with diabetes.

Wolfe was back a year later, in March 2005, with concerns over the risks for Crestor rhabdomyolysis, which he cited as being 6.2 times higher for Crestor than all other statins, combined.

More CRESTOR News
It should be noted that in late December 2004, a respected doctor who also served as a medical reviewer for the FDA testified before a senate committee that in his view Crestor was amongst five drugs which he believed should either be pulled off the market entirely or severely curtailed with limited use.

According to a CBS/Associated Press report dated December 7, 2004, Dr. David Graham named Crestor as a “worrisome” drug that demanded expedited action. “The government should evaluate the occurrence of renal failure and other serious side effects among people taking Crestor,” Graham said. “Two of three other statin competitors prevent heart attack and stroke and do not cause renal failure.”

Posted by
James Ross
on August 15, 2018
Both Of my parents took these drugs. My father had immediate memory loss and muscle problems. He just kept taking them. within 2 years he had alzheimers and needed a triple bypass due to calcium buildup. I later found out that the statins cause both problems....(they limit the amount of a vitamin called K2 which is for calcium management, and they weaken the heart by limiting coq10). These drugs are straight from hell. How is it that they are still on the market?
Posted by
richard d.olson
on September 2, 2017
I took Statins for 4 years. My feet started to go numb soon after I started to take the drug. neurologist said I had peripheral neuropathy. I know it was the Statin and my doctor kept telling me Statins were OK even though there were hundreds of people complaining of pain. Then I read that if you don't stop taking soon enough your neuropathy is permanent and there is no cure or pain drug that can cut the pain. It's like walking on fresh crushed rock without your shoes or socks and It never stops. Please help me make them pay for my pain and suffering, my early retirement from Boeing as a Manufacturing Engineer and the time away from my family when they go out and I can't walk with them. Please help me.
Posted by
Paul
on February 22, 2017
I have been fighting serious chronic flare ups of Rhabdomyolysis for years now after using doctor prescribed Crestor for less than two weeks. It has impacted my quality of life drastically. I have lost employment on more than one occasion because of it, lost time with my young children who love nothing more than to be as active as possible, and I've lost the security that comes with knowing you can wake up everyday and be physically capable of doing what you want and need to do.