Are Statins Linked to Aggression?

When people start taking Crestor, they likely watch for some of the reported Crestor side effects that affect them physically. Not many people think to watch for emotional side effects linked to medications. But a recently published study suggests statins may be linked to increased aggression in women. 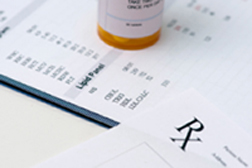 The study was published in PLOS One (7/1/15) and involved analyzing whether statins were linked to increased aggression. In the introduction to their study, researchers noted that individual cases of “reproducible aggression/irritability-increase” have been reported with statins, with aggressive responding reportedly higher in women who were taking lipid-reducing medications.

Researchers found that men tended to exhibit decreased aggression while taking statins, while women exhibited increased aggression. Women who tended to be more placid were reportedly the ones to exhibit the most violence. The study’s authors, however, did note that there were three male outliers who were extreme and showed large increases in aggression, opposite to the decrease in aggression most males displayed.

The two drugs tested in the trial were simvastatin and pravastatin. Aggressiveness on those drugs was compared to a control group that was given a placebo. Aggressive actions were monitored on a weekly basis and included aggressive acts by a patient against themselves, others or objects.

Speaking with Healthline (7/1/15), researcher Dr. Beatrice A. Golomb noted that simvastatin was linked to a drop in testosterone in men and therefore a drop in aggression. Furthermore, as patients aged they were more likely to experience side effects.

Patients who take statins and experience a change in mood should consider speaking with their doctor about possibly changing medication or discontinuing statin treatment for a while.

In July, AstraZeneca, maker of Crestor, settled allegations it underpaid rebates given under Medicaid drug programs. According to court documents (7/6/15), the US Department of Justice alleged AstraZeneca underreported its average manufacturer prices, thereby overcharging the government for payments to the Medicaid Program. AstraZeneca made no admissions of liability in the settlement.

Posted by
Randy Bunch
on April 19, 2017
I was on a rovastatin made by actavis and took only 7 pills and started having symptoms afterthe 5th pill kneepain cramping in legs arthritis systems through out my whole body can not walk up and down stairs with out pain started having these symptoms on July 20 2017 and still no relived from it.what can I do I filed a f.d.a
Report and one with my doctor
Posted by
Luis M. Guerra
on September 14, 2015
My husband is currently taking 20mg of Crestor daily. He has been takin stating drugs for cholesterol for 20 years. He has had kidney stones twice, has kidney pain often, now is borderline diabetic and experiences muscle pain daily that seems to be increasing in severity.