More listeria News
The death toll from listeria-tainted cantaloupes has risen from 13 to 21, according to reports from the Centers for Disease Control (CDC), with a minimum of 109 cases reported in 24 states. 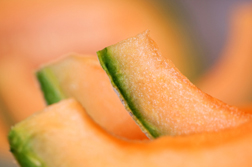 Health officials are predicting that the numbers of dead and ill could continue to rise, due partially to the late onset of the illness and reporting lags.

This listeria outbreak is being called the worse in a decade in the US. CNN is reporting that in the states of New Mexico and Colorado 10 people have died –five in each state. Two people have died in Kansas and a further two in Texas, and one person each in Indiana, Maryland, Missouri, Nebraska, New York, Oklahoma and Wyoming. The CDC is also reporting cases of illness in Alabama, Arkansas, California, Idaho, Illinois, Montana, North Dakota, Oregon, South Dakota, Texas, Virginia, West Virginia and Wisconsin.