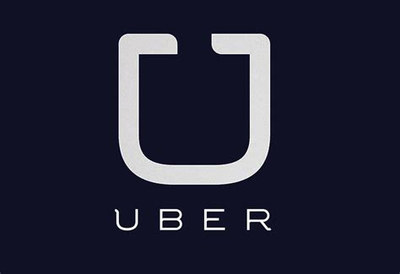 The proposed class-action lawsuit, Diva Limousine v. Uber, is about the ongoing misclassification and wage issue: whether Uber drivers are independent contractors or employees.

In the motion for summary judgment, which is set for November 15, Diva argues that, under the employment classifications set out in the California Supreme Court’s Dynamex Operations West v. Superior Court opinion from April, Uber drivers are employees. “The California Supreme Court recently held that a transportation worker is an employee unless the hiring entity can show that the worker ‘performs work that is outside the usual course of the hiring entity’s business,’” Diva’s lawyers wrote. “Uber cannot make that showing.”

Diva Limousine drivers are employees. The proposed class action lawsuit, which was filed in September, claims that Uber is violating California’s Unfair Competition Law because it misclassifies its drivers as independent contractors and therefore has a competitive edge over traditional taxicabs and limousine companies. Diva’s lawyers told a federal court that Uber saves as much as a half billion dollars in required benefits and payroll costs via its driver classifications, and Uber’s misclassification of drivers allows it to target clients with “below-cost and anticompetitive pricing.”

The first step for Diva is to determine whether Uber’s drivers must be classified as employees, and the court will be asked whether providing rides is an integral part of Uber’s business.

Dynamex and the ABC test


In 2004, a package and documents delivery company called Dynamex converted its drivers from employees to independent contractors to save money. Some drivers sued Dynamex, alleging it violated the California Labor Code and wage orders because they performed the same basic tasks in the same manner as when they were employees. Based on the newly created standards called the “ABC” test, the California court in April 2018 ruled in favor of the drivers.

Under the ABC test test, to lawfully classify a worker as an independent contractor, a company must prove three things:

2. the worker performs work that is outside the usual course of the hiring entity’s business;

3. the worker is customarily engaged in an independently established trade, occupation, or business of the same nature as the work performed for the hiring entity.


Labor law professor Veena Dubal thinks that Diva Limousine has a compelling argument against Uber, according to Arstechnica.com "The standard for summary judgement is that there is no triable issue of material facts. That seems to be the case here,” she said.

More CALIFORNIA UNPAID WAGES News
"Under Dynamex, workers are likely employees for purposes of minimum wage and overtime if they perform work that is within the usual course of the hiring entity's business. Uber drivers provide rides, and Uber is a transportation company that facilitates the provision of those rides. I have a hard time imagining how Uber can argue that there is a triable issue of fact here, although I am confident that they will argue that they are a software company. They have lost that argument in courts across the world."

The lawyers in Diva’s motion state that, “No discovery is needed to establish the necessary facts. And summary judgment on this issue will substantially streamline this case. Adjudicating partial summary judgment at this time is not only permitted by Rule 56(a); it is also efficient case management.”