The California Supreme Court has adopted the “ABC” test for determining whether an individual is considered an employee or independent contractor – a decision that will greatly impact the “gig economy”.

California courts have been debating, defining and determining employment status—whether a worker is an employee or independent contractor-- since 1989. Misclassification has always been a gray area, despite California labor law holding for three decades the “Borello” standard. As of April 30, however, the new and more rigid “ABC test” is being used to identify disputes under wage orders. And experts say it will have far-reaching implications for the California workforce. 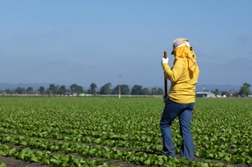 
In 1989, a class action lawsuit known as Borello and Sons v. Dept. of Industrial Relations brought about a determination of employment status through analysis of 12 factors. Ultimately, independent contractor misclassification comes down to one thing-- the degree to which the employer ‘controls’ the employee. The greater the control, the more likely the worker is an employee. But even with the Borello test, countless misclassification complaints and lawsuits were filed, and are being filed, in California courts, and there seems to be no end in sight–this new “ABC test” could be a wake-up call to employers, or it could open the litigation floodgates…

The labor market has changed significantly over the past three decades. Companies like
Uber and on-demand businesses, from in-home services to fast-food deliveries, have shifted the employee v. independent contractor landscape and the line between employees and independent contractors has become fuzzy. A giant company like Uber may contract with many “gig” workers, each of whom often uses their own vehicle and enjoys flexible working hours, but the contracted work often serves as a worker’s primary or even singular source of income and may be controlled in many ways by conditions set by the hirer.

One such company is Dynamex, a nationwide same-day courier and delivery company. In 2004, Dynamex re-classified its drivers from employees to independent contractors, which resulted in the drivers filing a misclassification lawsuit against the company (Dynamex Operations West, Inc. v. Superior Court of Los Angeles).

On April 30, 2018, the California Supreme Court considered whether the trial court properly certified Dynamex delivery drivers who claimed they were misclassified as independent contractors rather than employees. In determining that the trial court did not abuse its discretion in certifying the class, the Supreme Court replaced the flexible Borello test in favor of the ABC test, to determine whether an individual is considered an employee under the wage orders.

Dynamex and the New ABC Test for Independent Contractors


Under the Dynamex ruling:

• Second, to meet this burden, the hiring entity must establish each of the three factors embodied in the ABC test:

1) The worker is free from the employer's control or direction in performing the work.
2) The work takes place outside the usual course of the business of the company and off the site of the business.
3) Customarily, the worker is engaged in an independent trade, occupation.

More CALIFORNIA LABOR LAW News
Failure to satisfy any one of the three parts means that the worker will be treated as an employee for purposes of the wage order.

The ABC test established in Dynamex is now the law of the land in California, stated Mondaq.com (May 4, 2018). “In addition to liability for meal and rest break penalties, overtime, minimum wage, waiting time penalties and more, California imposes substantial civil penalties between $5,000 and $25,000 per violation on those that willfully misclassify, or willfully aid in misclassifying, workers as independent contractors,” wrote attorney Benjamin Ho and associates.

This decision will no doubt have immense consequences for California companies, particularly the “gig economy” who rely on independent contractors. As well, the ABC test will likely trigger a tsunami of California labor litigation.