Skirting around Donning and Doffing

California wage and hour laws get complicated, particularly donning and doffing issues in the manufacturing industry. While federal and state laws agree that employers are required to compensate employees for all “work” performed, they often differ on whether donning and doffing is considered work. 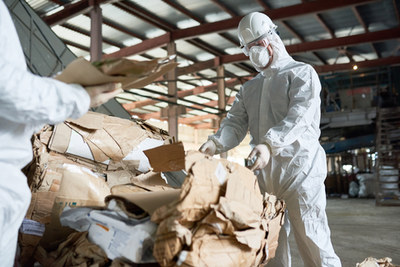 When employees are paid hourly they may be doing activities not considered work activities—that can start before and after the shift. Employers don’t want to pay for activities that can only take a few minutes of time but those few minutes can add up –as evidenced by donning and doffing lawsuits and settlements. As well, technology has continued to advance and time clocks can record donning and doffing to the second.

In general, employees are entitled to overtime but the manufacturing industry has the most basic yet complicated concept of what is considered compensable work – which means that employees are often not paid. Employer and employees are not on the same page in certain industries such as factories that require uniforms and protective and/or safety gear to be worn.

Employees in a factory and similar working environments are not necessarily paid from the time they understand their shift to begin and end—several factors are involved. One of those factors is “walking time” or standing alone, or waiting at a checkpoint to work, which is not compensable. But there can be a wrinkle.


Donning and doffing is familiar to many workers but not everyone. For instance, if you are taking on and off safety glasses or hearing protection, uniforms or smocks, you are donning and doffing. It is the activity that is required to do the job. One way manufacturers try to solve this problem (i.e., not making the changing time compensable) is to allow certain items to go home with you so you can change at home. And speaking of smocks, some employers don’t want to provide changing at home for sanitary reasons (think meat processing plant). So, employers have switched their required sanitary pants and shirt uniform to a smock – slipping on this garment over street clothes takes a few seconds.

Another strategy is to rearrange how the workday starts, so the employee puts on those required items by the work station, which means the “walk” is required before donning and dofffing. So an argument in a wage and hour lawsuit is that walking time should be compensable, starting at entrance of the workplace.

Donning and Doffing and Federal Law


In the 1940s the Supreme Court held that a few minutes of time can be disregarded. In 1947, Congress passed the Portal-to-Portal Act to ensure that paid time did not run from a worker’s entry to exit. The Portal-to-Portal Act specified that time spent doing preliminary or “postliminary” activities is not considered work under the Fair Labor Standards Act (FLSA).

More CALIFORNIA LABOR LAW News
But the Department of Labor (DOL) has the power to interpret the FLSA. It created a rule that “changing clothes” and “washing up or showering” would be considered uncompensable (i.e., preliminary or postliminary activities) when performed under “normal” conditions. And herein lies the gray area. DOL acknowledged that in some situations, changing clothes or washing up might be “so directly related” to and such an “integral part” of the job that the employer must compensate for it.

If you have a union presence, at least at a federal level, you can sometimes bargain these issues with the union. And if donning and doffing is pursuant to a labor contract, that can be put on the bargaining table to handle the federal law issue. Or you can seek legal help with a qualified employment attorney.