an experienced Worker's compensation attorney can tell you what you are entitled to, and you may be surprised.

Did you know that hypertension can be aggravated or accelerated by a work injury such as a herniated disc, which could mean you are eligible for Worker’s Compensation? And do you know how important it is to be represented by a qualified attorney rather than a hearing representative? “My advice is to get a real lawyer who cares, who gets all your records and actually reads them,” says Craig Glass, a retired judge and currently a workers’ compensation attorney. 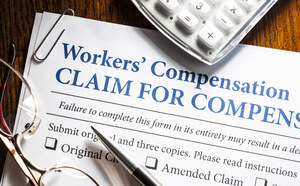 All too often a workers compensation (WC) claim can be dismissed as an injury caused by a pre-existing condition. According to the California labor code, an injury or illness is a pre-existing condition if it resulted solely from a non-work-related event or exposure that occurred outside the work environment. But an experienced WC attorney can tell you what you are entitled to, and you may be surprised. And if you have a pre-existing condition, it could be a “silent killer”. Say you need surgery for your shoulder but you have heart problems. You need to treat your heart before the surgery. An insurance company isn’t going to tell you that.

Getting back to that herniated disc from a work injury – it can increase your pulse rate and if your doctor diagnoses hypertension you may have a claim. “As a judge I have disagreed with doctors and have asked them to develop a record; in other words, I deposed the doctor,” says Glass. “I would ask about all your conditions and discuss whether anything is related to work, if you have any pain. For instance, if you are claiming a hand injury and I just ask about your hand, I’m not doing a good job.” More often than not the public isn’t aware and neither is the employer that the real case might be a heart attack you had at work when you were stressed. You could have had a heart attack at home and you might still win your case. Or maybe you developed diabetes or hypertension…

“The sad part about WC cases –and what used to be the dirty little secret—is that I could tell you how much the case would settle for depending upon the attorney,” says Glass. “First, find a qualified WC attorney who is probably not on television, and then make sure you will be represented by an attorney rather than a hearing representative. The latter are often “poor players that don’t understand the law and they don’t care,” explains Glass. “To handle your case a good lawyer will read the records and make sure it is developed.” Unfortunately, and far too often, that isn’t done. Glass says a case can settle 10 days after it is filed, on the spot. But probably nothing has been done to help that person other than get them in the system.

Some firms are run by hearing representatives who are neither attorneys nor even paralegals. They are semi-trained to take a case, process and settle it. Theoretically they are under the supervision of an attorney and they are cheap. You want to be wise in your choice because a WC attorney will ask the right questions. “As a judge it was my job to observe people – the one time in life when you don’t have to be polite,” says Glass, laughing.” Say someone is standing before me with a missing finger. I’ll ask what happened to that finger. Maybe it was a childhood accident or maybe it happened at work a few years ago – if the latter, it would be a WC case. I will ask how many times someone has been treated for a condition over the past five or ten years. It may not be work-related but at least we should inquire. For example, a woman said she has never been in hospital but she has three kids. Do a little digging.”

As a judge, Glass says he saw some poor actors in the courtroom. “We have to determine the adequacy of a settlement as per the labor code. Not all judges do that but we are supposed to,” he says. “For example, someone hands me the medical report of a settlement and I inquire about the heart problem. His attorney – more than likely a hearing representative -- said the client doesn’t want to pursue it. Fortunately, most attorneys that show up in court do a good job because I’m not going to catch everything. I remember one man who fell off a building and lived; I saw him in court with his hearing rep, who was ready to settle (they typically get a bonus for settling) but this man had only seen an orthopedic doctor. This poor man was wearing diapers and urinary incontinence is a valid claim so I sent him to several doctors, including a neurologist. We have a chart that shows how much you are entitled to. If you are 70 percent disabled, there is a life pension. In my opinion, this man’s case should have been 100 percent and worth millions of dollars rather than 99 percent, which is considerably less. The defendant –the insurance company—didn’t appeal.”


“In California, unlike other states, cumulative trauma is something that happens over time, such as suffering from carpal tunnel after performing data entry for 20 years,” says Glass. Under CA Labor Code Section 3208.1(b),  a cumulative trauma disorder, also known as CT, is defined as the excessive wear and tear on tendons, muscles and sensitive nerve tissue caused by continuous use over an extended period of time. CTs can develop from improper work positioning, repetition or force. CTs are also known as repetitive strain injuries, repetitive motion disorders (RMDs), overuse syndrome and work-related musculoskeletal disorders. CTs are injuries of the musculoskeletal system, which includes joints, muscles, tendons, ligaments, nerves, and blood vessels. And CTs can include mental trauma.

Presumption and the CLC


First responders, from firefighters to forest workers, police officers to prison guards to medical professionals, typically work in a stressful environment. These state workers are possibly eligible for benefits under the California workers' compensation system for stress-related illnesses such as heart issues and other illnesses that arise out of the course of employment. According to the California labor code, such workers are covered under Section 3212, which provides certain “presumptions”, i.e., the presumption is the disease or health problem they develop, in certain cases, is related to the work they performed. And these first responders have the right to claim compensation without having to wage a complicated legal battle through the court system.

More CALIFORNIA LABOR LAW News
The law makes clear that “a presumption is disputable and may be controverted by other evidence, but unless so controverted, the appeals board is bound to find in accordance with it. What isn’t clear, however, is that they may be entitled to compensation even when health problems develop after they have left the job. The California Labor Code makes clear that “the presumption shall be extended to a member following termination of service for a period of three calendar months for each full year of the requisite service, but not to exceed 60 months in any circumstance, commencing with the last date actually worked in the specified capacity”.

Attorney Craig Glass is a UCLA undergrad with a BA in political Science and JD from the University of Arkansas. Glass started his own firm and operated Glass & Seebode from 1981 – 2007 with offices throughout southern and central CA comprising 15 attorneys representing injured workers. He became a WCALJ (Judge) in November 2007 beginning in Marina del Rey, then to Oxnard/Santa Barbara, and then to Van Nuys. Glass “retired” in June 2021 and now represents injured workers through the Glass Law Group. He has been in the Workers’ Compensation field for over 40 years.