On June 28, the Ninth Circuit confirmed that, in lawsuits brought under the California Labor Code, even very small amounts of work time – measured in seconds, not minutes – must be counted and compensated. The opinion in Rodriguez v. Nike should put an end to latest employer-driven campaign to revive the federal de minimus standard in California labor lawsuits. 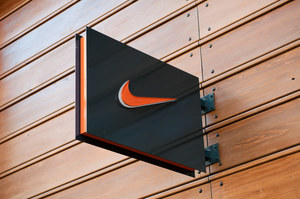 On a basic and human level, it lifts up the principle that all people should be paid for the value of their work – all of the work they do for pay.


Isaac Rodriguez worked at Nike’s Gilroy, California retail store from November 2011 to January 2012. At this store, as at other California retail locations, wage employees are required to track their hours by punching in and out on a time clock.

To deter theft, Nike requires employees to submit to exit inspections each time they leave the store on a break or at the end of the day. These inspections can be longer or shorter depending on individual circumstances. Either way, they occur after the employee has punched out and are therefore off-the-clock and uncompensated.

In 2014, Rodriguez filed a class action lawsuit under various sections of the California Labor Code and the Business and Professions Code. In September 2017, the District Court dismissed the complaint, reasoning that the inspection time was so brief that it did not have to be counted under the de minimus standard that is applied in lawsuits brought under the federal Fair Labor Standards Act.

Then in 2018, the California Supreme Court scrambled the legal landscape in Troester v. Starbucks by ruling that the de minimus rule did not apply in lawsuits brought under the California Labor Code. The rule for federal lawsuits was not the same as the rule in state lawsuits.

Employer groups fulminated, workers rejoiced and Isaac Rodriguez went back to court. This time, the Ninth Circuit sent the case back to the District Court for a decision consistent with Troester. It’s a very careful, very measured judicial response. But it’s good news for wage workers.

What the Ninth Circuit said


At the original District Court proceeding, Nike introduced evidence from a time and motion study that concluded that the average exit inspection at the Gilroy store took between 16.9 and 20.2 seconds, and that the median inspection took 4.7 seconds. The study also concluded that 21.5 percent of inspections took no measurable time, 92.2 percent took less than a minute, and 97.5 percent took less than two minutes.

Despite the plaintiffs’ evidence to the contrary, the court did seem to take note of the fact that the uncompensated time in question was very brief. That makes a difference if the de minimus standard applies. The real question is not the factual one of “how long,” but the legal issue of “what is the rule about counting time.”

In its argument to Ninth Circuit, Nike focused on the word “minutes” in the Troester decision:
“[a]n employer that requires its employees to work minutes off the clock on a regular basis or as a regular feature of the job may not evade the obligation to compensate the employee for that time by invoking the de minimis doctrine” (emphasis added).

Counsel for Nike further suggested that “minutes” should be construed to mean “ten minutes,” and since the inspection time does not appear to have ever reached the ten-minute limit, the District Court was correct in dismissing the complaint even under the new standard suggested by the California Supreme Court in Troester.

In retrospect, Nike’s argument seems a little desperate. Although all parties acknowledge that the state could adopt a rule that permitted employers to ignore very brief periods of off-the-clock time – ten minutes, six minutes, eleven seconds, whatever – that particular snippet from Troester is not enough to do the job. The Ninth Circuit was not persuaded that the language quoted should be interpreted to establish a new California-specific ten-minute rule.

More CALIFORNIA LABOR LAW News
A whole line of California cases has now developed about bag checks for retail workers. H&M plaintiffs sued over similar facts in 2018. Troester’s importance is not limited to these, however. It covers all California wage earners, from farm workers to computer technicians.

The rule that even very small amounts of time must be counted and compensated has been important to Sephora cosmetics salespeople who were required to apply and maintain their makeup as an element of job duties. It was a critical motivating factor in Jamba Juice’s decision to settle with smoothie makers who sued because they were required to perform work-related chores during lunch and rest breaks.

Troester has quickly become part of the fabric of California labor law. Upsetting this precedent could have left employers and employees without clear guidance about future conduct. The Ninth Circuits reaffirmation of the death of the de minimus rule in state lawsuits gives all parties a firm foundation on which to build lawful employment practices.
READ ABOUT CALIFORNIA LABOR LAW LAWSUITS