Last month a California labor lawsuit was filed by a former Amazon manager accusing the company of failing to pay him overtime wages because he was misclassified as exempt. “Amazon has the burden to show my client, Michael Ortiz, was properly classified. I have grave doubts it can do that,” says attorney Scott Cole. As well, Cole says that Ortiz has been subjected to “bait and switch”… 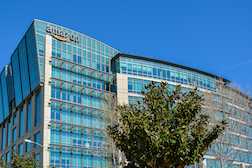 This complaint begs the question: did Amazon misclassify Ortiz –and possibly thousands of other salaried “managers”—on purpose to avoid paying overtime? Cole will seek class-action and/or group status for the lawsuit to add numerous other workers.

Misclassification
Ortiz was hired as a shift supervisor at Amazon warehouses in California. His job title was “Level-4 Manager”, which supposedly meant the majority of his work comprised supervisory duties. Amazon classified Ortiz as a salaried manager and therefore not entitled to overtime. But Ortiz contends that his duties were the same as entry-level employees (pretty much manual laborers) who are hourly workers and therefore entitled to overtime.

“Although Mr. Ortiz was likely doing, at least, some exempt work, most of his work was undoubtedly non-exempt,” says Cole. “He was working on the line, loading and sorting boxes. Amazon’s job postings for Level 4 Manager indicate that certain skill sets they want are suited to manual labor, like standing on your feet 12 hours per day and the moving of freight.” And these duties often took longer than eight hours per day, according to Ortiz. “The company has misclassified these managers and is thereby paying them the same amount of money, whether they work 40 hours per week or 80 hours per week,” said Cole. “Even Amazon’s own job posting for this position reveals more non-exempt manual labor duties than we’d expect in a managerial position. What’s more, just managing others doesn’t make you exempt. The duties must be highly discretionary and critical to business operations. Mr. Ortiz did nothing of the kind.”

“Bait and Switch”
Cole says that Ortiz has a degree from Berkley and just took his CPA exam. “Mr. Ortiz wanted to work for Amazon and the job posting he responded to suggested that his business skills would be put to good use. As a manager, albeit in a warehouse setting, he would be doing exempt tasks,” Cole explains. “Instead it was quite the opposite. By and large, this “bait and switch” had him as a working foreman alongside the workers he was ostensibly going to be supervising. And Amazon could work him more than 40 hours per week. He took a chance, carved out time from his life and was lied to. And, then, in the end, he gets hurt on the job for doing what he was promised he’d never have to do…manual labor.  It’s simply tragic.”

Ortiz also cleared pile-ups on the conveyor belt. Last December Ortiz slipped and cut his eye when he climbed onto the conveyer belt to free up a pile of packages. Standing on the conveyor belt is a violation of Amazon’s policy so Ortiz’ supervisor advised him to report that he had fallen on the stairs. However, witness accounts said otherwise and Ortiz was fired. But he was also fired while doing manual labor. And perhaps his supervisor didn’t want to get in trouble…

Cole says he was injured for doing something he never thought he would do, therefore he was not given the right tools or the staff.

Cole is seeking class action status for the lawsuit, which he filed in Contra Costa County Superior Court. “Nowadays in California lawsuits don’t need to be class actions to go ahead on a group basis,” he says. “We can do one of two things: Either amend the complaint to add in class action allegations or file a PAGA lawsuit.” The PAGA Act in California allows an individual to bring a case on behalf of other aggrieved employees, similar to a class action. “But it’s better for the case to be a class action because it can go back four years in California. Under PAGA you can only go back one year,” Cole explains.

This overtime lawsuit isn’t the first for Amazon. The United States Supreme Court in 2014 ruled that Amazon warehouse workers were not entitled to overtime pay for the time they spent waiting to pass through security screenings. According to the New York Times (Dec 9, 2014), the case was brought by two employees who worked in Nevada warehouses. But many misclassification cases such as Mr. Ortiz’s have found in favor of the plaintiff. Especially in California, one of the states known for having the most employee-friendly labor laws in the country.

More CALIFORNIA LABOR LAW News
In California, the burden of proof is on employers to show that workers should not receive overtime pay, which they can do by demonstrating that more than half of a manager’s job consisted of managerial responsibilities. If attorney Scott Cole can prove that Mr. Ortiz is owed overtime pay, Amazon may be paying a substantial amount of dollars in back wages to a lot of people.

Scott Cole is the founder and principal attorney at Scott Cole & Associates, APC, a California employment class action law firms. Cole has authored numerous scholarly publications and serves as a regular lecturer on issues surrounding employment law and class action procedures. The law firm has successfully prosecuted hundreds of wage and hour class actions, has set judgment and settlement records, and been responsible for shaping employment law in the trial and appellate courts for decades.

Posted by
Laurie French
on July 16, 2017
They also screw you over if you get injured. Their claims adjuster refused my filed claim, refused to approve dr. Care and refused to pay loss of wages,then fired me, even though it violated their own policy. After 3 yrs of bring dragged through the inept biased court system an " I just want out of this mess" settlement was made. Wish I had the resources to have held out longer.