San Francisco, CA: No matter your profession, California workers are protected by, and employers must adhere to California labor laws. Increasingly, workers are standing up for their rights but some employers didn’t get the memo. 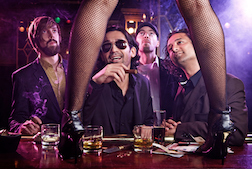 For instance, a former exotic dancer in March 2017 filed a class action lawsuit against a Spearmint Rhino club (a strip club chain) in Santa Barbara, claiming she received no compensation beyond tips from clients and customers. And a similar lawsuit was filed just a few months earlier against Condor Gentleman`s Club by two former dancers. Elena Pera and Sarah Murphy claim the club failed to provide legal minimum wage to exotic dancers as a result of misclassification as independent contractors rather than employees.

Back in 2009 a group of exotic dancers filed a class action lawsuit against Spearmint Rhino and two other strip clubs, claiming they were misclassified as independent contractors and should be paid wages and benefits rather than just tips. Their lawsuit settled for nearly $13 million in 2012. Again in Apr 2015, 250 exotic dancers were awarded $6.5 million after accusing a strip club of taking their wages after they performed private dances for customers. Obviously, these settlements were not the tipping point.

More CALIFORNIA LABOR LAW News
And one company may soon find itself slapped with a lawsuit for California labor law violations. Wondersitter, a San Francisco-based startup that connects parents with babysitters online (think Airbnb for babysitters—parents pay Wondersitter and Wondersitter pays the sitters), has been accused of not paying the babysitters. In fact, complaints have been posted online for a few years. And KPIX News (June 15, 2017) also reports that Wondersitter is stiffing its sitters—to the tune of over $70,000. (Check out 129 members on their Facebook page. California’s Labor Commissioner’s Office has received at least six unpaid wage complaints from Wondersitter workers—so far.

However, California Cannabis Growers did get the memo. According to the San Diego Tribune (June 9, 2017), about 50 people attended an "employer bootcamp" to discuss workplace compliance issues for businesses in the cannabis industry. Danielle Moore, a workplace law attorney, gave a PowerPoint presentation showing how a lawsuit over unpaid overtime to one employee earning $60,000 a year can potentially end up costing a company with a staff of 15 nearly $900,000. Pot growers certainly don’t want to see their profits going up in smoke.

Posted by
Tom
on July 9, 2017
Too bad this wasn't effective in 2012 and 2013…
I was going through a rough divorce, and my co-workers at So Cal Edison poked fun of the situation and persistently mocked me.
I filed complaints with H.R. and I was told I was just "overly sensitive".