On August 14, 2018, the California Court of Appeals preserved a worker’s right to bring a class action wage lawsuit against Robert Half International (RHI). RHI tried to force Jessica Gentry to arbitrate, alone, her claim that she was cheated out of pay for the time she spent prepping for assignments. The California Labor Code requires that workers be paid for paid for time worked, regardless of how brief. Few, however, can afford the cost of arbitration when the personal financial stake is small. Had RHI been successful, the legal maneuver that would have ended her California labor lawsuit and deprived others of their only effective legal remedy. What happened was very different. 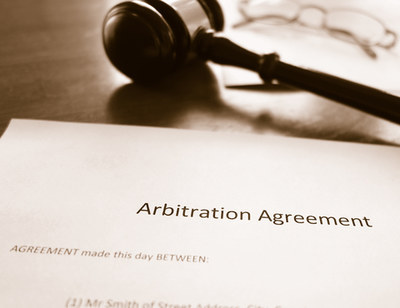 How far will this good news go? It’s not clear, but RHI employs thousands of people in California. If this ruling saves the legal rights of only a small fraction of these people, that is still a lot.


These lawsuits are named for the time that it took industrial workers to put on and take off protective equipment – boots, helmets and aprons – but they have come to refer to any preparation or unwinding time necessary to complete work tasks. At each instance, the time and the dollar amount at stake is not much, but it can add up, especially when many workers encounter the same circumstances over months and years.

Jessica Gentry worked as an account temp for RHI. To get assignments, and irrespective of whether she was ever actually sent out on a job, she was required to show up, participate in periodic “intake appointments and interviews” lasting 20-30 minutes each and do other tasks. She did not get paid for any of this time.


As part of her arrangement with RHI, Gentry was required to sign an agreement to individually arbitrate any ensuing disputes. The U.S. Supreme Court has recently held that such arbitration agreements could be enforced to prevent employees from joining together in class action lawsuits to enforce commonly held claims. This was legally devastating.

Because the cost of individual arbitration far outweighs the financial benefit any individual might see from pursuing a wage claim, this nickel-and-dime wage theft can easily become a wrong for which there is no legal remedy.


In California, however, there is an exception for private attorney generals action (PAGA) claims. The Supreme Court of California has held that these are not pre-empted by arbitration agreements. A litigant who makes a PAGA claim acts essentially as a whistleblower. PAGA claimants are understood as allies as the state of California, acting to ensure that the provisions of the California Labor Code are enforced against abusive employers.

The good news is that PAGA claims are not trumped by individual arbitration agreements. The bad news is that there is relatively little financial benefit for the wronged employee. When it prevails in a PAGA lawsuit, the state assesses a penalty against the employer. Seventy-five percent of the penalty goes to the state. The remainder is divided among all aggrieved employees. The employee who has been cheated out of wages has the opportunity to become the proud owner of a moral victory. This is not useful for paying the rent.

A Circuitous Route to Save Class Action


But this is where things get complicated. As originally filed in March 2015, Jessica Gentry’s lawsuit included four class action claims. These now appear to have been in danger because she also signed an agreement to arbitrate any disputes. Six months after commencing the lawsuit, she amended her complaint to add a PAGA claim. That appeared likely to survive, but without giving her much benefit.

Also included in the arbitration agreement she signed was what lawyers describe as a “severability clause.” These are quite common in contracts and generally provide that if one portion of the contract proves to be unenforceable, it will be “severed” off, and the rest of the agreement will survive.

RHI essentially acknowledged that under recent California law, the arbitration agreement was void with respect to the PAGA claim. Nonetheless, it argued, the severability clause protected the company from potentially ruinous class action claims.

More CALIFORNIA LABOR LAW News
The California Court of Appeals disagreed and threw out the arbitration agreement with respect to all claims. It allows Jessica Gentry to pursue the class action lawsuit that may actually benefit her and other RHI temps who claim that they were asked to work without pay. This is a very big deal.

It’s a bold move against the enforceability of arbitration agreements and is likely to be at the heart of an appeal, should RHI choose that route. It is, however, consistent with the generally pro-employee posture of California courts. How far does it go?

It may depend on the precise language of the arbitration agreements. Be sure that employer attorneys are now reviewing those very closely. But if the California court’s ruling only reaches RHI employees in California, that is still significant.