Diagnosing, treating, and managing Mild Traumatic Brain Injury (MTBI) is one of the most complex issues for clinicians and attorneys who deal with this population. It is estimated that 70-90 percent of all treated TBI cases are mild, with approximately 1.4 million emergency department visits annually. According to the CDC, MTBI is a major public health problem and it is thought that lost productivity after MTBI accounts for the largest component of the economic costs of brain injury annually in the US.

One of the biggest challenges in addressing neuropsychological functioning and recovery from MTBI is that of diagnosing MTBI itself; there is no consensus diagnosis. Numerous systems have been developed to classify TBI along the continuum from mild to severe. Most rely on acute injury characteristics such as Glasgow Coma Scale (GCS) scores, length of loss of consciousness (LOC), posttraumatic amnesia (PTA), as well as findings from neuroimaging techniques. 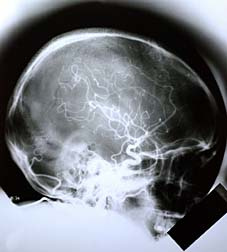 One of the most commonly used definitions was adopted by the Mild Traumatic Brain Injury Committee of the Head Injury Interdisciplinary Special Interest Group of the American Congress of Rehabilitation Medicine (ACRM). This standard indicates that a patient has sustained a MTBI if he or she has a "traumatically induced physiological disruption of brain function, as manifested by at least one of the following:
1) Any period of LOC
2) Any loss of memory for events immediately before or after the accident
3) Any alteration in mental state at the time of the accident (e.g., feeling dazed, disoriented, confused); and ,
4) Focal neurological deficits(s) that may or may not be transient."

Common post-concussion symptoms include headache, blurred vision, dizziness, subjective memory problems and other cognitive difficulties. Most studies indicate a pattern of gradual acute symptom recovery within the first 1-2 weeks after MTBI in the majority of cases, extending out several weeks in other cases. A very small percentage of cases have symptoms persisting beyond 3 months.

In "complicated' MTBI, in which there is evidence of structural pathology on imaging, this increases recovery time and is more consistent with that seen in cases of moderately severe TBI.

However, in uncomplicated MTBI, persistent symptoms may be attributable to factors other than MTBI including psychosocial problems, pre-existing psychiatric diagnosis or personality disorder, other medical etiology (prior history of TBI, etc) and other situational factors (e.g., litigation/compensation, PTSD).

McCrea notes that the following guidelines hold up across studies:
1) most severe symptoms are evident within minutes of injury;
2) delayed symptom onset is rare;
3) a combination of physical and cognitive symptoms is most common;
4) there is measurable improvement within hours of injury;
5) gradual symptom recovery occurs in 7-10 days (with the exception of more complicated MTBI cases);
6) symptoms persisting beyond expected recovery course are often attributable to non-injury related factors.

More Brain Injury News
With regard to neuropsychological symptoms based on McCrae's review of prospective MTBI studies, there are measurable impairments in cognitive functioning after MTBI without LOC, PTA, or focal neurologic deficits. However, these improve within minutes after the injury. Much like the above resolution of acute symptoms, cognitive recovery follows the same trajectory with complete recovery usually within one week post-injury. Memory is the most susceptible to change after MTBI but also shows complete recovery within days. Gross disorientation and other cognitive abnormalities are less common in MTBI. Several meta-analyses have revealed that uncomplicated MTBI is most often followed by a favorable course of neuropsychological recovery over a period of days to weeks, with no indication of permanent impairment in testings conducted three months after the injury.

Neuropsychologists evaluate and diagnose the nature of neuropsychological symptoms that persist beyond the usual recovery time expected for MTBI. They recognize the nature of the possible cognitive consequences as well as assess for other non-injury-related factors that may perpetuate post-concussive symptoms.

Posted by
crystal huber
on September 6, 2013
I have an MTBI and in my research I find plenty of information about the sequela and symptoms but few articles on how others truly deal with these...memory loss, loss of relationships, job loss, confusion, lability etc. I have even considered putting my own issues in writing but that has been done on the Ph D level. Any information you can offer would be appreciated