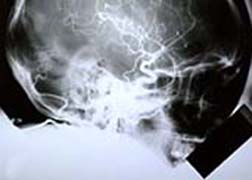 According to The Wall Street Journal (7/29/14), the NCAA settlement will see the organization provide $70 million for medical monitoring. Any current or former athlete who participated in any of the NCAA’s contact sports will be able to have neurological testing to check for any signs of brain damage linked to contact sports.

The settlement, however, does not offer compensation for former players who suffered brain injuries. It only covers the cost of screening for brain injuries. Players who seek to recover damages would have to file an individual lawsuit against their school for treatment of concussions.

As part of the settlement, schools that are members of the NCAA will have to adopt policies that govern when athletes can return to play after suffering a concussion. One of the criticisms of the NCAA, according to ESPN (7/29/14), was that individual schools have had discretion over when players could return after suffering a head injury, putting players at risk of further injury.

According to ESPN, plaintiffs provided evidence that between 2004 and 2009, more than 29,200 NCAA athletes suffered concussions.

In agreeing to the settlement, the NCAA admitted no wrongdoing and denied that it understated the danger of concussions. Among the sports affected by the settlement are football, ice hockey, soccer and lacrosse.

The agreement must still obtain the approval of the federal judge.

More BRAIN INJURY News
As the NCAA lawsuit seems to be reaching its end, a class-action lawsuit has been filed against the NHL. The lawsuit, filed by Jon Rohloff, a former player with the Boston Bruins, alleges that the NHL concealed the dangers of concussions and did not pass rules to mitigate the risk of brain injuries in a timely manner. The lawsuit acknowledges that players in the NHL recognize there is a risk of injury, but should not be put at risk of brain damage.

“Over the course of an NHL season, a player will sustain hundreds of hits to the head during games, contact in training camp practices, and from contact in some regular season practices,” court documents state.

Posted by
Bob Seiger
on August 18, 2014
What ever happened to Volenti non fit injuria? Don't players who are involved in sports know there is a potential for contact to their heads? Don't they agree to take the chance of injury when they step on the field - or step on the ice?

I would bet that if you asked the young men drafted this year into the NHL if they would take a head injury to have 5 good NHL years, the majority would do it. They know the risk, but are willing to assume the risk for the chance to play in the NHL, and to gain a salary of over a million dollars a year.