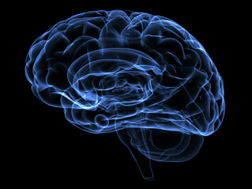 Under the proposed settlement, approximately 20,000 players would be eligible for varying amounts of compensation, depending on the injury or injuries sustained and other factors. Under the terms of the settlement, the fund was supposed to last for 65 years. Judge Anita Brody was concerned that there was no documentation to prove that the money would last as long as it is supposed to.

In related news, the mother of Jovan Belcher, a former Kansas City Chiefs linebacker who killed his girlfriend and then committed suicide, has filed a lawsuit against the Kansas City Chiefs. The lawsuit alleges Belcher suffered repetitive head trauma and was not given proper medical care by the Chiefs. According to Sports Illustrated (12/31/13), among the issues cited in the lawsuit are the Chiefs failing to warn Belcher about the risk of concussions, allowing him to practice or play in games after suffering head injuries and failing to monitor or treat Belcher for his brain injuries.

More BRAIN INJURY News
While athletes and the NFL deal with their brain injuries, others are also filing lawsuits linked to severe brain trauma. One such lawsuit was reportedly filed by a mother whose son suffered a brain injury when he fell from a slide. According to the Arizona Daily Star (1/11/14), Trevor Pahl was nine years old when he fell five feet from the top of a slide, hitting his head on cement at the bottom. Instead of calling an ambulance or providing medical care, the school phoned Trevor’s mom, Danette, who took him to a hospital where life-threatening brain injuries were discovered.

Trevor survived his fall and is back in school, but reportedly required special treatment and therapy. The lawsuit, which seeks $23 million from the Tucson Unified School District, alleges Trevor’s brain injury could result in permanent problems.