In spite of the National Football League (NFL) shelling out $765 million to settle lawsuits related to brain injury, the brain injury lawyer remains increasingly busy as more and more brain injury victims emerge from the shadows. These are professional players of sport in both football and hockey; all claiming their employers should have known about the potential for traumatic brain injury and did little to foster concussion prevention. 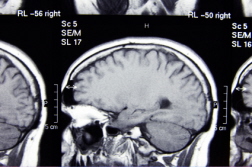 One of the lawsuits, filed recently by five former players of the Kansas City Chiefs, cites studies on concussion and brain trauma that date back to the 1920’s.

According to KDVR FOX-31 (Denver, 12/4/13), a study conducted by pathologist Harrison Martland in 1928 labeled repetitive head trauma and degenerative brain disease as the “punch drunk syndrome.” The latter term has been used for decades when referring to pugilists, presumably stemming from a 1934 study by Dr. Harry Parker on neurological degeneration in boxers.

However, among other studies the brain injury lawsuit cites is a 1937 meeting of the American Football Coaches Association, during which participants are said to have acknowledged a “keen awareness” of concussion risk.

Court documents cite the plaintiffs as claiming to suffer from severe and persistent headaches, post-concussion syndrome, depression, mood swings, exclusivity, suicidal ideations, and Chronic Traumatic Encephalopathy (CTE). The five former players claim in their traumatic brain injury lawsuit that the Kansas City Chiefs knew or should have known as early as 1966 that concussions are serious injuries not to be taken lightly (i.e., “having your bell rung…”) and without proper treatment could lead to impairment. That’s the year, according to the lawsuit, that the Congress of Neurological Surgeons released a report on the issue.

According to the Denver Post (11/26/13), court records reference a study undertaken by the NHL in 1997 with regard to brain injuries, creating a concussion program that was part of a seven-year focus. However, according to the plaintiffs, the league took no action to reduce the number and severity of concussions during that time, and only responded in 2010 when the so-called “head check” penalty was brought in.

“The NHL’s active and purposeful concealment of the severe risks of brain injuries exposed players to unnecessary dangers they could have avoided had the NHL provided them with truthful and accurate information and taken appropriate action to prevent needless harm,” the lawsuit says.

More BRAIN INJURY News
A statement released by the deputy commissioner of the NHL, Bill Daly, noted the league will defend itself “vigorously” against the class-action lawsuit. “While the subject matter is very serious, we are completely satisfied with the responsible manner in which the league and the players’ association have managed player safety over time,” the statement said.

The football lawsuit is Players, et al v. Kansas City Chiefs and was filed in the Circuit Court of Jackson County, Missouri at Kansas City.
READ ABOUT BRAIN INJURY LAWSUITS