Two wrongful death lawsuits, alleging traumatic brain injury resulted in the death of a former NFL player, have been consolidated with other brain injury lawsuits filed against the league. Lawsuits filed by NFL players allege the league knew about the risk of brain injuries, including the risks associated with concussions, but hid them from players. 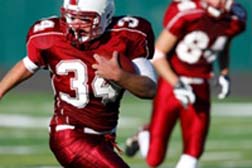 The wrongful death lawsuits involve the death of Junior Seau, who committed suicide in 2012 at age 43. The lawsuits, filed by his parents and children, allege repeated hits to the head resulted in a traumatic brain injury, which led to depression and his suicide, according to The Associated Press (2/4/13).

Those allegations are based on a study of Seau’s brain by researchers at the National Institutes of Health. ESPN and ABC News (1/11/13) reported that researchers found Seau had chronic traumatic encephalopathy, a condition often caused by repeated hits to the head that can cause memory loss, depression and dementia. It is frequently found in boxers, but was recently also linked to former football players.

According to Seau’s family, the football player showed signs of depression and irritability up to his suicide.

There are approximately 4,000 former players involved in lawsuits against the NFL, alleging the league fraudulently hid the risks of concussions even after former players showed signs of chronic traumatic encephalopathy.

More BRAIN INJURY News
“The NFL was aware of the evidence and the risks associated with repetitive traumatic brain injuries for many decades, but deliberately ignored and actively concealed the information from the players, including the late Junior Seau,” Seau’s children allege in their lawsuit. They later argue, “…the NFL produced industry-funded, biased, and falsified research that claimed that concussive and sub-concussive head impacts in football do not present serious, life-altering risks.”

Furthermore, they claim the NFL actively attempted to suppress findings that linked on-field brain injuries with post-career brain damage, including dementia and ALS.

In April, a hearing will be held to determine whether the lawsuits stay in federal court or will move to arbitration, which is what the league wants. The NFL has denied any wrongdoing in the matter.

The multidistrict litigation is MDL No. 2323.