A jury in Miami awarded a $14.5 million to husband and wife in a Miami-Dade Circuit Court trial against Geico General Insurance Co. and an uninsured driver who was deemed negligent in a severe 2004 automobile accident. 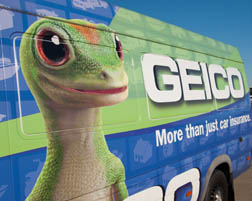 In the Nov. 2 verdict, a jury awarded former chiropractor David Zucker and his wife Carrie a total of nearly $14.5 million for past and future lost earnings, medical expenses and pain and suffering damages. David Zucker suffered permanent spinal injuries and urologic injuries as a result of the accident. The total damages also included $2.5 million awarded to Carrie Zucker for loss of consortium, or her suffering as a result of her husband’s injuries.

Attorney Crane Johnstone of Schlesinger Law Offices P.A. presented the case on behalf of the family. He was assisted by senior trial attorney Charles Patrick. Judge John Schlesinger, a former federal prosecutor who is not related to anyone in the law firm, presided over the trial.

In December 2004 near the Golden Glades Interchange, Miguel Gonzalez collided with Juan Chirino, who was driving an 18-wheel oil tanker. The impact sent Gonzalez careening across three lanes of northbound traffic before he crashed head on into Zucker’s car. Carrie Zucker, who was a passenger in the car with her husband, was pregnant at the time.

Gonzalez was uninsured, while Chirino was underinsured. State law requires auto insurance carriers like Geico to offer uninsured/underinsured motorist benefits to policyholders. David and Carrie Zucker’s policy included such benefits. Therefore, Geico stood in the shoes of Gonzalez and Chirino.

More BAD FAITH INSURANCE News
Geico rejected the claim and refused to pay for the damages, which led to the Zucker lawsuit. Chirino testified at trial as a witness but was not a defendant in the case.

The jury concluded Gonzalez was 100 percent responsible for the total damages. That ruling put Geico on the hook for the entire award.

“It was a privilege to appear before Judge Schlesinger and our jury on behalf of the Zucker family, who waited 11 years for their day in court,” Johnstone said.

Based in Fort Lauderdale, Florida, Schlesinger Law Offices P.A. is a personal injury law firm focused on holding big corporations and major manufacturers accountable for the harm they cause and the damage suffered by the general public through acts of negligence and misconduct. The firm is currently working on cases involving Big Tobacco, Accutane medication, defective medical devices, and defective drug products.

If you or a loved one have suffered losses in this case, please click the link below and your complaint will be sent to an insurance lawyer who may evaluate your claim at no cost or obligation.
Request Legal Help Now

Posted by
Eugene Gray
on February 28, 2019
Breach of Contract and Bad faith case against GEICO, who refuse to pay med pay claims in Richmond Circuit Ct, VA..
Posted by
Gina
on December 5, 2015
This was a very interesting article, because currently i am going through a bad faith claim as well. I was rear ended at a red stop light which aggravated a back injury I had which is causing me now to have injections done and also complicated the matter in me having to have 2 cervical fusions and a stem cell graph. The insurance company is stalling regarding payment of the claim and low balling the offer. Pending trial. Insurance companies should be reprimanded in regards to the customers paying them on time every month but harming the customer in the long run. My advise is to never trust any insurance company they are only looking out for there better interest not yours. In this instance I may loose my house I worked so hard to get and yes the bills keep coming.