How Was Your Mission to Mars Ride?

Mission to Mars riders say that there is simply no way the promotional video can demonstrate the intensity of the simulated flight training aboard the X2-Deep Space Shuttle at Disney’s world-famous amusement park in Florida. After they experience the five-minute-plus extreme space launch simulation, riders often express a kind of “shock and awe” reaction. 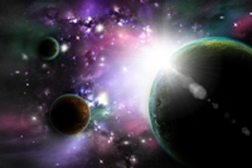 They’ve just experienced the kind of astounding force that rips through an astronaut’s body as he or she is rocketed off the launch pad and hurled into space at a rate of zero to 6,000 miles an hour in 60 seconds.

Riders get a taste of a 2.5 g-force. It’s enough to pin you back in your chair, flatten your cheeks against your face and make it difficult to impossible to move your legs or arms.

Some find it exhilarating while others have posted their comments on the Internet warning potential Mission to Mars riders to give this one a pass. They talk about nausea, feeling dizzy, headaches or having trouble getting re-oriented. Others describe outright terror.

The Mission to Mars pre-trip talk

As visitors enter the Mission to Mars ride at the Epcot Center, there is a dazzling display of flashing lights in a moody deep space kind of atmosphere.

Actor Gary Sinise, featured on a giant screen, is giving instructions on how the space flight simulator works to the Mission to Mars space travel recruits. “You’re probably feeling a little nervous right now,” says Sinise, suited up in a NASA-style jumpsuit. “But don’t worry. Even the astronauts felt that way when they went to the moon. They had training and that’s what you’re here for,” he goes on, giving instructions for the soon-to-be fake rocket launch.

“When you hear the word launch, you are definitely going to want to hang on,” Sinise’s video performance instructs the crowd. He also tells potential riders to opt out if they are starting to feel a little nervous about what they are about to experience.

One man wrote, “After the ride, I was a little dizzy and needed to get my balance back. But that took a while. I couldn't shake it off for an hour or two - it bothered me that much and I don't get motion sickness.” Another wrote, “If you are claustrophobic, run for the hills because this ride will mess you up. Prepare to feel some g’s on your chest and some intense flight simulation.”

The Mission to Mars is a kind of updated, more realistic version of Disney’s Mission: Space. In 2006, two people died after riding the Mission: Space. A 49-year-old woman was taken to the hospital and later died.

More AMUSEMENT PARK ACCIDENT News
“Many others have been reported to be taken to hospital after a spin on Disney’s space travel simulator - particularly people in the 55-plus age group,” says Tampa, Florida attorney, Ben Stewart. “Some of these people may be tourists. They visit the ride then travel back to their home state and their injuries don’t get reported the way they might.”

What did you feel?

Exactly how many people have been injured on Disney’s Mission to Mars is not known. Some may never have reported their injuries to a doctor. LawyersandSettlements is currently working on a number of stories about the ride, how it works and what kind of injuries could be caused in a space travel simulator. If you or someone you know has suffered nausea, dizziness, headaches or severe vomiting that lasted more than 12 hours, or has seen a doctor after riding on the Mission to Mars, LawyersandSettlements would like to hear from you.

Posted by
Linda McAnespy
on December 20, 2016
I took my 4 Grandsons to Disney World in 2005. I rode the Mars ride with my 5 year old grandson. I got so sick on the ride using the barf bag and had drive heaves. Could not wait for the ride to land on Mars or return to site to get off. My balance was off for almost two weeks and I was nauseated the rest of the day. I sit and let the grandsons ride. I have balance problems still and went to ENT approx 5 years ago because of continued balance problems thought to be attributed to inner ear or sinuses but have to take Zertec D for week to clear some of balance problems. Still cannot bend over and work in garden or anything without being totally off balance for a while. Cannot ride any rides anymore without getting sick. The G-force on that ride is just too strong. Returned about 9 years ago and would not let any of the family get on that ride.
Posted by
Steve Woods
on December 7, 2016
True there were many opportunities to leave this ride before one rides it. I was not prepared for the intensity of the ride. I am 57 work out 5 days a week at the gym and returned home a week later and still experiencing dizziness when getting up in the morning ( almost falling and having to grab on to the wall or bed.) Also feeling nausea through out the day. It's been 2 weeks since I rode the ride and I am still feeling the effects. I would assume it is inner ear damage. Hopefully my body will repair it's self soon. My advice is to take a pass on this ride.
Posted by
Dennis Smith
on March 4, 2016
I would consider myself to be a really liberal person, but this site is a sham and what is wrong with this country. Like a ride is going to mess up your health!!. To people complaining about the "being messed up" because of a little space ride, maybe the real problem is your lifestyle. Get up off the couch, quit eating out all the time, see a doctor on a regular schedule, don't get stressed out all the time and most important, GET SOME EXERCISE!!!.
Posted by
Tenzo
on March 2, 2016
I love roller coasters. Ride them all the time.
But this ride made me feel like I was in a salad spinner for 5 minutes. It's been almost three days and I am still slightly dizzy. Walking down the hallway I will sometimes step to the right. I am a part time driver and feel it is not safe to drive.

Wish I had know about this before I ride. The warning of "dizziness after" was never interpreted as days after.

Posted by
William Riveron
on December 30, 2013
I am a 65 year old male. Three years ago I rode on the "Mission To Mars" ride at Disney's Epcot in Florida.
At the time my step-son and his girfriend who were both on military leave also went on the ride with me. During the ride I began to feel my heart palpatating and began to feel disoriented. i also felt some pain in my left arm. When I got off I was quite wobbly and felt even more disoriented. My wife who did not get on the ride out of fear immediately saw that I was in some kind of duress. I sat down on a bench in order to not only try and regain focus but my heart was still racing. My son who was 28 years old and was in good physical condition due to his military background also felt dizzy and needed some time to compose himself. i sat on the bench a good two hours after the ride although I felt a little better the rest of the day I continued to feel jittery and a bit out of focus. Since we felt these symptoms we left the park and went to our hotel room where i spent the rest of the day laying down. Needeless to say the ride was too intensive. I told my wife that they should do away with this ride. I also told her I never want to go near that ride again! Not long afte my incident I remember reading that a woman had died as a result of going on the same ride.
Posted by
Sharon Mixer
on December 29, 2013
The single worst experience on a ride in my life, we were told as on many rides that if you had back problems, not to ride it. We didn't have any problems so we proceeded. Once inside, the doors locked. We were then told to look straight forward, not to close our eyes or turn our heads. I truly thought I was in Hell. We had 4 riders in our shuttle, and we all came out of it completely nauseous and pale. It ruined my entire day, as I was so nauseous, I couldn't ride anything else. The G force literally throws you back into your seat and your head feels like it is going to explode.

I have wondered why anyone hasn't complained more about this "ride", I warned everyone I know to not get on this ride. It should have been removed years ago. I didn't suffer any permanent injuries other than the emotional fear.

Posted by
sandra mason
on December 29, 2013
hEY IT'S BEEN 2 YEARS AND I STILL FEEL THE EFFECTS OF THE SPACE RIDE AT EPCOT ,,WAS REALLY DIZZY AFTER AND STUMBLED .HAVE HAD A LOT OF PROBLEMS WITH BALANCE & FEELING A PAIN IN MY EAR
Posted by
Patricia Gunson
on December 29, 2013
During this ride I was nauseous, dizzy,disoriented, felt like I was going to die. After the ride, I felt very ill and disoriented for the next two days. We had to leave the park and vacation early because if how ill I became. Horrible rude!