Although AMS transvaginal mesh claims are being settled, more than 46,000 claims are involved and even more claims against American Medical Systems (AMS) are still being filed. Many women are concerned that their financial losses exceed the amount of an individual settlement. Others can’t afford surgery to have the mesh removed. 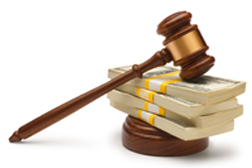 In October 2014, Endo Health Solutions (it took over AMS in 2011 for $2.9 billion) added $400 million to its $1.2 billion liability reserve to resolve “substantially all” suits related to vaginal mesh implants sold by its American Medical Systems (AMS) business. The company will fund payments through 2017, settling more than 10,000 suits, which averages about $48,000 per claim.

Maria (not her real name) has had serious health problems since getting an AMS transvaginal mesh sling implanted. “My bladder problems are far worse after the mesh surgery and I’m constantly getting infections, which has led to nasty side effects from so many antibiotics,” she says, crying. “I’ve been in constant pain for the last two years and no amount of painkillers can help. I have recently been diagnosed with clinical depression, which means taking more medication.” As if things can’t get any worse, Maria said she hasn’t been able to work full-time and no longer has medical insurance. “I need to get this mesh removed but UnitedHealthcare, my insurer, told me they don’t have a specialist or surgeon qualified to help me. I don’t know where to turn next.” And she can’t afford to pay much longer for her medications.

Maria hasn’t been told when she will receive a settlement. It is public knowledge, however, that AMS expects to fund the payments under all settlement agreements by December 31, 2017. Meanwhile, Maria has applied for Social Security disability assistance.

More AMS TRANSVAGINAL MESH News
Women who have required revision surgery to remove the mesh can expect a larger settlement. But easier said than done. Some women like Maria can’t afford surgery - lawsuit settlement funding companies are likely doing a brisk business. Some women can’t even find a surgeon willing to remove the mesh. Linda had the mesh removed about a year after it was implanted, only to find her incontinence worsened. She needed to take several weeks off work due to pain and severe incontinence.

Lastly, some women have been denied disability benefits because certain insurance companies have decided that TVM problems stem from a pre-existing condition, i.e., incontinence. Of course Maria is worried that she will be denied Social Security benefits. It can’t get much worse...