Although American Medical Systems and Endo, the AMS transvaginal mesh manufacturer, has agreed to settle approximately 20,000 cases, this amount averages about $40,000 per woman who has suffered severe pain due to mesh erosion and protrusion, and many women can no longer have sexual intercourse. Some women who have been living in agony for a number of years are insulted with this amount of compensation. 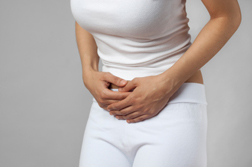 Endo Health, the parent company of American Medical Systems (AMS), set aside $54.5 million in 2013 to settle an undisclosed number of transvaginal mesh lawsuits. But more claims poured in, and in May of this year, the amount was raised to $830 million.

“I had two surgeries in 2009 to repair the AMS mesh that ripped through my vaginal wall, and since that time I can’t even count the number of infections I’ve had,” says Janice. “Unfortunately, I don’t have health insurance anymore so this settlement amount will barely cover the costs of getting the rest of the mesh removed - my partner can still feel it and sex is so painful; this transvaginal mesh has almost wrecked our relationship.”

Before Janice can have the mesh removed she needs to find a surgeon willing to perform the surgery. “I don’t know of anyone here in Seattle who can remove the mesh, so having to travel, maybe to another state, will also be costly…”

“Although AMS was able to wrap up a bunch of cases in these first settlements, it is anticipated that many law firms are fighting for more money than the reported settlement range,” said Chris Janish, CEO of MT Services LLC, a Lawsuit Settlement News Reporting company. “We have seen firsthand many clients obtaining larger settlement awards, some as high as a $450K where the injuries are serious. We encourage women who are having mesh related issues and require a revision surgery to seek legal consultation immediately to see if they are eligible for a legal settlement due to mesh complications.”

Marilyn (not her real name) had AMS transvaginal surgery to correct urinary stress incontinence about the same time as Janice. Like Janice and very likely more than 20,000 other women, she has been suffering with pain for five years.

More AMS TRANSVAGINAL MESH News
“I have lived with pain since the day I had my surgery,” says Marilyn, age 45. “I haven’t been able to have sexual intercourse for five years because of the pain. My doctor sent me to a neurologist who told me that I have nerve damage. So he prescribed pain meds and with that comes a whole other set of problems. And to top it all off, I have recently developed another problem: urinary retention. Yet another doctor I saw said another surgery is the only way to correct this. I cannot get the urine out on my own and several times I’ve gone to ER to be catheterized and now I have to catheterize myself at home daily. The doctors have told me that the toxicity from the retained urine can cause serious problems, including fatality. An AMS settlement of $40,000 is like a slap in the face.”

As Chris Janish has advised, seek legal help sooner than later: the statute of limitations may apply to your claim.

Posted by
cherry ninehouser
on July 10, 2015
WHY SHOULD WE SETTLED. I just got my offer today. I'll tell you, it is a sad day. I'm so mad right now. I can't think straight. I feel that these lawyers are making more money then we are. 40% for the lawyers Plus 5% to the people that designed how much each person gets. and don't forget the insurance companies . So after all that there nothing much left if any. Just think how many people are divorced now because of this. Not even saying how many women still have this problem and always will for the rest of are lives . I say again WHY do we have to settled. I feel that my lawyers has not done his job. why should he get 40%. I have had 3 surgeries, but of course now the first one doesn't count anymore, but in the beginning my lawyer sad that it did, after that came the interstim. But they said that is a GRAY AREA. 3rd.one was partial removal of the mesh that was growing into my bladder. not even counting all the infections & pain. They think I will be happy with $20,000. WAY are we letting everyone F us.
Posted by
Sandra Leonidov
on September 16, 2014
I had a Monarch sling inserted in 2005. It ruined my life! Sex with my husband was so painful for not only me, but for him as well. He could feel the contraption. At best, my Dr. told me my bladder may still leak. Never was I told, you will no longer have sexual relations, you will have more bladder infections that you have ever had in your entire life. It caused constipation issues, failure to empty my bladder, and pain in my lower abdomen that I just got used to. I had surgery to remove this sling, but unfortunately due to the bleeding danger, all of it can't be removed. I have scar tissue everywhere and medical bills mounting, I am not one of the cases that was settled, but yes, $40,000.00 wouldn't begin to heal all that I have endured. I am now single and separated. I am supposed to be happy and enjoying my marriage. AMS, you should be ashamed of yourselves and your products that have ruined the lives of many women.
Posted by
karen martin
on August 14, 2014
I so relate to these women. I have been dealing with mine for 8+ years. Not only the physical problems such as all of these women, but a 35 year marriage gone. So now the depression and all is added to the physical, and now financial. Just paid light bill this morning, and have like $40 till the 1st when I get my dis-ability check or settlement comes thru. I have been crying all morning. I, fortunately, do have an excellent attorney/law firm. I agree the settlement is a slap in the face.