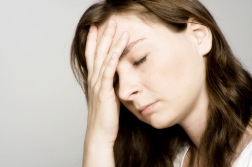 Several hundred lawsuits against vaginal mesh manufacturers have been consolidated and U.S. District Judge Joseph R. Goodwin is overseeing five Transvaginal Mesh MDL’s, including that against AMS (MDL 2325), which is scheduled to start on February 5, 2013.

Lawsuits against AMS are gaining momentum. Just last month a Connecticut woman claimed that the company’s Monarch Sling caused vaginal mesh complications. The couple are seeking damages for the wife’s injuries and her husband is suing for loss of consortium (specifically, “loss of his wife’s services, financial support, companionship, society and affection”). The lawsuit alleges that AMS’s TVM sling has a defective design and lacked testing before it was put on the market and implanted in patients.

In a similar case, an Alabama couple filed a lawsuit against AMS in October 2012, in the U.S. District Court, District of Minnesota. The couple claim that the wife sustained injuries from the AMS Sparc Sling System due to the company’s failure in exercising reasonable care in manufacture, design, and sale of their vaginal mesh products. She required revision surgeries after suffering infections, pelvic pain and incontinence soon after the TVM Sling was implanted.

Several transvaginal mesh products that are made by AMS are used to treat stress urinary incontinence (SUI) and pelvic organ prolapse (POP). Ironically, many women develop more severe incontinence complications after surgical implantations of the mesh. Women were promised that, once the mesh was implanted, embarrassing leaks would stop and their bladder would stay in place. Many women say they were better off dealing with a “little leakage” they suffered before surgery than the complications they are dealing with now. Reports of bowel perforation, adhesion, mesh extrusion, vaginal mesh erosion, and chronic infection have also been connected to the AMS Sparc Sling System.

More AMS TRANSVAGINAL MESH News
The FDA received more than 1,000 complaints associated with transvaginal mesh between 2005 and 2007. That number almost tripled between 2008 and 2010. But it wasn’t until July 2011 when the FDA informed healthcare providers and patients that transvaginal mesh may expose patients to a greater risk than non-mesh repairs. (Yes there are alternative treatments to SUI and POP.) And that number may be the tip of the iceberg: A gynecological urologist, Dr. Amir Shariati, says that the complications reported from 2008-10 still represent about 1 percent or less of the hundreds of thousands of transvaginal mesh devices implanted in just those two years, and attorney Henry Garrard believes the complication rate is more like 10 percent.

Garrard says you can still file a claim against AMS, but all claims are subject to the statute of limitations. If you delay, you might risk your right to financial compensation.

Posted by
JD
on November 6, 2016
I received an AMS mesh settlement closing statement in March 2016 and I was supposed to receive payment in approximately 60 days. It is now November 2016 and I am still getting the run around by everyone regarding payment. I just want to put this behind me once and for all.