As amputees fight for insurance coverage for advanced, microprocessor- assisted prostheses, it can help to look at other insurance lawsuits that describe a similar pattern of claims denials. 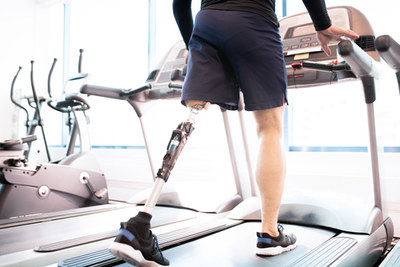 LifeWatch Services v. Highmark is actually an antitrust lawsuit dealing with telemetry cardiac monitors. Nonetheless, a recent opinion in the Third Circuit, describes a pattern of denials that amputees seeking coverage for “smart prostheses” will find strikingly familiar. The heart monitors, like the microprocessor-powered feet and legs are rejected as “not medically necessary” or “investigational.” The denials, sometimes in exactly the same language, are consistent across the Blue Cross Blue Shield network of insurers. Why is this so?

• it may be possible to bring in the Blue Cross Blue Shield Association as an additional defendant; and

• evidence about non-Blue insurance coverage may carry some weight on the issues of medical necessity and investigational treatment.


Individuals who find themselves fighting for prosthetic care, emergency room services or other necessary medical services tend to focus on their own particular insurer-- Anthem Blue Cross in California or Horizon Blue Cross Blue Shield in New Jersey, for example.

The Association maintains a model medical policy that recommends to the Blue Plans which treatments, devices, or services to cover. The LifeWatch lawsuit alleges that the Association enforces the individual insurer’s conformance with the model policy through audits. If an insurer strays too far from the model, it could face sanctions and might lose the right to use the very valuable Blue Cross name.

To answer the question posed above, the Association is a big, profitable licensor and it guards its license carefully.


In LifeWatch the plaintiff, a manufacturer of cardiac monitors, claims that the Association’s model policy excludes coverage for telemetric devices because they are medically unnecessary or investigational. The process of discovery in a biometric prosthesis lawsuit might find the same. There are some hints of this already.

• regular ambulation on uneven terrain or regular use on stairs. Use of limb for limited stair climbing in the home or place of employment is not sufficient to justify the computerized limb over standard limb applications.

These guidelines may be inappropriate, overly restrictive and may prompt unjustified denials. More importantly, they may reflect wider Association guidance.

The Association claims that these guidelines are developed with the benefit of member insurer input: “Association’s model policy is set during meetings several times a year, where a panel reviews the votes of all Blue Plans regarding whether to cover particular treatments.”

Frustrated prosthetic claimants will spot the problem in this decision-making process right away. No one is talking to the customer.

From Restraint of Trade to Bad Faith Insurance


In LifeWatch, the plaintiff manufacturer of cardiac monitors claims that the model policy excludes coverage for telemetric devices as “medically unnecessary” or “investigational,” and that this amounts to an illegal restraint of trade.

That is not the legal issue in plaintiff lawsuits about prostheses care. But it is a foundational principle of antitrust law that anti-competitive behavior hurts consumers. The leap from “restraint of trade” to “bad faith insurance denial” is only a small step. Making the argument that the prosthetic denials are Association policy might allow plaintiffs to bring in another deep-pocketed defendant. This is always a good move.

What Kind of Evidence is Persuasive?

More BAD FAITH INSURANCE News
The second lesson of LifeWatch is about the quality and source of the evidence. In support of their argument that the cardiac telemetry devices should be covered, the plaintiffs refer to non-Blue insurance plans. They cite positive coverage decisions on the part of Medicare, Medicaid, and other private insurers, including Aetna, rather than medical and academic resources. This may be a second approach to get good results in advanced, microprocessor- assisted prostheses lawsuits.

Prostheses plaintiffs have evidence from research sources. For example, a Rand Corp study showed that amputees who receive microprocessor-controlled prosthetic knees have fewer falls and injuries than those who get other, older devices. Litigants may need to supplement these sources with data from other insurers, if that exists.

Amputees’ fight for insurance coverage may feel like an uphill battle, but plaintiffs may benefit from other, apparently unrelated successes in insurance-related litigation.

Click to learn more about LawyersandSettlements.com
LawyersandSettlements.com - A trusted, independent legal news provider bringing quality news and information on all legal cases and lawsuits filed in United States of America to its readers since 2002. Over 250,000 legal help requests including Insurance Cases, and Drugs & Medical Cases have been forwarded to lawyers all across to the country.