Workers in the U.S. who received psychotherapy through their employers’ plans with United Healthcare Insurance Co. and United Behavioral Health (UBH) in California have filed a proposed class action, claiming the insurers have violated mental health laws 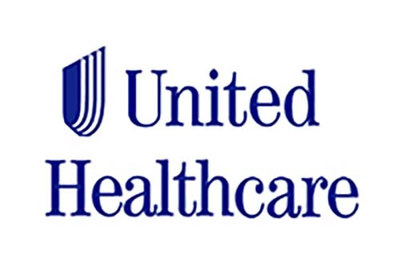 
The lawsuit, filed in the U.S. District Court for the Northern District of California, involves the health care insurer paying therapists less when they have their master’s degrees and even lesser when they are certified psychologists. Because United apparently covers only a small portion of the bill, policy holders must cough up larger portions–-the balance of their bill. Attorneys argue that United--and likely other health insurers—have violated mental health parity laws by imposing arbitrary reimbursement penalties on psychotherapy services provided by psychologists and master’s level counselors.


The United therapy class action is led by Philadelphia woman Jane Smith (not her real name) who had United insurance coverage through her employer. The lawsuit states that her policy violates the Paul Wellstone and Pete Domenici Mental Health Parity and Addiction Equity Act of 2008 and the Affordable Care Act’s provider anti-discrimination mandate: both laws have been incorporated into ERISA.

Smith underwent psychotherapy treatment with a licensed clinical social worker to treat her post-traumatic stress disorder but United only covered $61.86 of her $120 therapy sessions. Outraged, Smith said she filed several appeals to United, urging the company to reconsider. And she contested their purportedly illegal reimbursement policy, but all she received were denials, adding that her sessions were “not approved for additional payment”.

According to court documents, Smith’s attorney said that, “Through these penalties, United is devaluing psychotherapy and is ultimately limiting access to an essential health benefit that plays a critical role in addressing pervasive public health issues, such as mental health and substance abuse disorders.

Smith wrote in her appeal that that United’s policy reduces the “allowed amount” of covered charges by 25 percent when provided by a psychologist. UBH goes even further and imposes a 35 percent penalty on mental health services provided by an independently licensed, experienced master’s level clinician.

“Outpatient psychotherapy plays a critical role in the recovery process for patients in need of ongoing mental health treatment,” said Meiram Bendat, co-counsel for the plaintiff and Psych-Appeal founder. “United’s actions to artificially devalue the services of psychologists and social workers may boost revenues and shareholder profits, but it is a systemic denial of benefits to health plan participants and beneficiaries. Health insurance companies like United must be held accountable for flouting parity laws that were put in place to prevent such discriminatory practices.”

Just a few months before the United class action was filed, a federal judge ruled in a similar lawsuit that Oxford Health Insurance Inc. applies discriminatory reimbursement policies for psychotherapy rendered by psychologists and master’s level clinicians, and the complaint will proceed. Oxford is owned by UnitedHealthcare Insurance Company and UnitedHealth Group, Inc. U.S. District Judge Ann M. Donnelly said that the class action complaint sufficiently alleged that Oxford imposed arbitrary reimbursement penalties on psychotherapy. The complaint states that Oxford reimburses out-of-network psychotherapy provided by psychologists and master’s level clinicians at rates 25 percent to 35 percent less than it does for medical doctors, who may not even have specialized mental health training.

If you or a loved one have suffered losses in this case, please click the link below and your complaint will be sent to an insurance lawyer who may evaluate your Bad Faith Health Insurance claim at no cost or obligation.
Request Legal Help Now

Posted by
David Dunn
on May 15, 2019
I have United Health Care through the Kentucky Teachers' Retirement System (KTRS). Express Scripts is the prescription provider. For the past couple of years I have been getting Praluent for $6.66 from Accredo, a speciality pharmacy of Express Scripts.

In April 2019 I got a letter from Accredo advising that they would no longer be providing me with Praluent, & I would have to get it from a local pharmacy. Kroger, Buechel Bypass Louisville KY is my local pharmacy. Praluent will cost me $175 a month.

Express Script should be required to provide Praluent & I shouldn't have to get it from a local pharmacy for $175 a month.

Posted by
JEANETTE COSTOSO
on March 24, 2019
I was with united health for over ten years, then all of a sudden, they were not accepting payments from my physicians that I had been going to for over 7 years. They are stressing me, as the physicians I have gone to, are blaming me and threatening me for payments, I've had them for a very very long time. But no longer... Unfair practices.
Posted by
Jean D Heindl, LCSW
on January 15, 2019
Same situation as that of Ms Lisa Schaffer. 30 years of experience as a Licensed Clinical Social Worker, in network, and my reimbursement is the same as that of someone straight out of grad school.
Posted by
Lise Schiffer
on December 26, 2018
I am an in-network United behavioral health therapist. I have been waiting for this class action suit for years. I am paid less than half my (relatively low) fee and some of my clients have had to pay $50 out of the $60 United pays.
I have tried to appeal directly to the company to raise my contract rate (I have 34 years of experience and am paid the same rate as someone with 1 year experience) but have been ignored.
I am trying to find out how to get into the class action law suit against this insurance company.

Posted by
Ms Costoso
on December 9, 2018
I HAD THAT SAME SITUATION WITH UNITED HEALTH. ALTHOUGH I AM STILL FIGHTING FOR THEM TO FIX THE ISSUE.