Prosthetics with a variety of microprocessors are the new “wearable technology” and they’re making headlines. Companies have designed the devices with 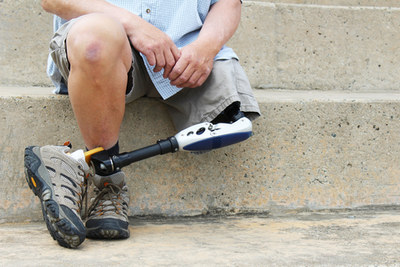 accelerometers, gyroscopes and magnetometers, state-of-the-art and cutting edge technology. But they aren’t available for every amputee who wants this advanced prosthetic limb technology. That’s up to insurance companies such as Anthem, which has denied insurance coverage for this type of prosthetic to many amputees. And UnitedHealthGroup is accused of violating ERISA by not assessing prosthetic limb claims properly.

Amputees are fighting back…

They sued defendants in December 2017, claiming they violated ERISA by not using appropriate procedures for assessing claims for prosthetic arm and leg devices. UnitedHealthGroup attempted to dismiss the case three months later, arguing that the plaintiffs “didn’t show that it, as a parent company, had control over the claims denial process”. Denial, denial, denial…

Judge John F. Walker denied their motion to dismiss in April because UnitedHealth failed to meet the judge’s deadline for filing a proposed statement of decision. Calling it an oversight, the company still didn’t persuade the judge.

On September 14, however, the court denied Plaintiffs' Motion for Class Certification.
Trujillo and Harden “shall file their First Amended Complaint on or before September 24, 2018,
and, thereafter, shall promptly file their Renewed Motion for Class Certification,” according to
Pacermonitor.The case is David Trujillo and Deanna Harden v. UnitedHealthGroup Inc. et al, case number 5:17-cv-02547, in the U.S. District Court for the Central District of California.

If you have been denied a request for a prosthetic arm or leg by UnitedHealth between 2011 and May 2017, Trujillo and Harden want to hear from you. As of August 9, data shows that 1,898 individuals were denied their pre-service request for prosthetics, but according to the plaintiffs that number is likely considerably higher because UnitedHealth has yet to release data on its post-service requests.

Prosthetic with Microprocessor Denied by Anthem


Lacy Atzin, mother of five, lost her leg above the knee from cancer at the age of eleven. Her prosthetist says that she needs a prosthetic leg with a microprocessor but her medical insurer Anthem disagrees. Mark Anderson lost his feet in a boating accident and his prosthetist says he needs a prosthetic device with a microprocessor—specifically a foot-ankle prosthesis because he owns a moving and storage company, not a desk job. Anthem denied Anderson too.

The lawsuit states that Anthem’s medical plans are governed by ERISA. Defendant Anthem UM is Anthem’s claims administrator and the two companies together develop Medical Policies and make decisions on which claims are either approved or denied.

The lawsuit argues that makers of these prostheses have used microprocessors for decades and they have now become standard, but Anthem claims the prostheses are still “investigational,” and not “medically necessary” for everyone.

Anthem’s Criteria for Prosthetic with Microprocessor


Anthem states that, to necessitate a microprocessor knee prosthesis, the amputee

• has “a documented need for daily long distance ambulation (for example, greater than 400 yards) at variable rates”

• has a demonstrated need for regular ambulation on uneven terrain or regular use on stairs.”

And use within the home or community or for home or workplace stairs is not sufficient to create a necessity. Anthem is even less favorable to microprocessor foot-ankle prostheses – but Mark Anderson, who lost both his feet, works in his moving and storage company!

More BAD FAITH INSURANCE News
According to Class Action reporter, the complaint asks for clarification of rights under an ERISA plan and alleges denial of benefits and breach of fiduciary duties. All persons covered under Anthem plans, governed by ERISA, self-funded or fully insured, whose requests for microprocessor controlled knee or foot-ankle prosthesis Anthem has denied, based on its Medical Policy on Microprocessor Controlled Lower Limb Prosthesis, Policy No. OR-PR.00003, during the applicable statute of limitations.

to gather data on the prosthesis, on how it moves and functions. Then, using AT&T's LTE-M network the device can upload that data to the cloud, without needing Wi-Fi or Bluetooth.
Doctors can then use that data to adjust tweak the prosthetic to better suit the patient's needs. The patients are also privy to this data, which they can monitor daily using an iOS app.