Are More People at Risk for Airbag Injuries?

In what could be baffling to many people, a US Senate Committee has issued a report indicating that there are still vehicles being sold on the market with Takata airbags that are subject to a massive recall. As carmakers recall certain vehicles due to reportedly defective airbags, some cars are coming out with the recalled safety devices, potentially putting more consumers at risk of serious airbag injuries. 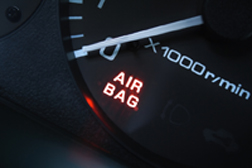 At least 13 people worldwide have died after suffering severe injuries linked to recalled Takata airbags. The airbags are reportedly prone to malfunction, sending shrapnel into a vehicle’s cabin. In some cases, victims have died as a result of the defective airbags after being involved in what were reportedly minor car accidents. In one case, Huma Hanif reportedly died after debris from an airbag was sent flying into her car, cutting her arteries.

Those who survive their ordeal may live with permanent injuries. Fox 13 (6/1/16) reports on Randi Johnston, now 25, who permanently lost her voice in a car accident in 2015, after her airbag exploded and debris cut her trachea. As a result, 45 percent of Johnston’s trachea is missing.

Issues with the airbags have led to recalls of millions of vehicles. Those recalls, which were first announced in November 2008 and expanded repeatedly, will continue into December 2019. Given the magnitude of the recall and the risk of serious injuries to vehicle occupants, it would make sense that no more vehicles would be sold with the airbags linked to the recall.

More AIRBAG INJURIES News
“According to the report, Fiat Chrysler, Mitsubishi, Toyota and Volkswagen all admitted to equipping some new vehicles with non-desiccated ammonium-nitrate inflators that have been found to be the cause of airbag ruptures linked to as many as 13 deaths and 100 injuries worldwide,” the committee notes in a news release. There are no laws preventing automakers from using the airbags in their cars, provided they are recalled. But of concern is whether or not consumers will be alerted if their cars have the recalled airbags.

While Volkswagen and Mitsubishi have reportedly told regulators which vehicles have the airbags, Fiat Chrysler and Toyota have declined to do so, according to reports.

Lawsuits have been filed against some automakers, alleging people were put at risk of serious harm due to defective airbags.

Posted by
Lucy champion
on June 19, 2016
I had a Suzuki SX4 2008 model was involved in car wreck airbags malfunction and broke my neck and almost my back their has been a recall and I have reported it to American motors they didn't reply no lawyer will help me sad cause it was airbag that injured me