Another 12 million cars with Takata airbags have been recalled due to problems with their passenger-side airbags. Prior to the most recent recall, around 24 million vehicles had been recalled to fix issues with 28.8 million airbags, including both driver-side and passenger-side airbags. According to the National Highway Traffic Safety Administration (NHTSA), 10 deaths and more than 100 injuries have been linked to faulty Takata airbag inflators. 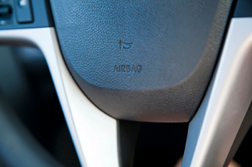 On May 4, 2016, the NHTSA announced it was expanding the Takata airbag inflator recall. An Amended Consent Order sent to Takata required the company to provide support to recall expansions set to occur between May 2016 and December 2019. The announcement was made after independent investigations suggested that time, environmental moisture and high temperatures could cause the airbag inflator to malfunction, putting vehicle occupants at risk of serious injury or even death.

The first recall was announced in November 2008 and involved Honda vehicles. That recall was expanded in 2009, 2010 and 2011, and involved more than 2.5 million Honda and Acura automobiles. The recalls have now been expanded many more times, and have affected various vehicle makes and models. Of concern to some critics is that many vehicles that are affected are from the early 2000s and are no longer with their original owner, making it difficult to ensure all vehicles with defective air bags get the repair they need (a list of vehicles affected by the recall can be found here).

More AIRBAG INJURIES News
Amid the announcement of the expanded recall comes a report that a lawsuit has been filed against Honda after a 17-year-old girl died from injuries sustained in a car accident attorneys argue she should have survived.

According to the Houston Press (4/28/16), on March 31, Huma Hanif was involved in a minor fender bender but her air bag deployed too forcefully, sending debris into her neck and cutting her arteries. Hanif died at the scene of the accident, with one officer telling Fox News, (5/4/16) that Hanif died in seconds of the accident. Lawyers for her family allege Takata knew about the problems with ammonium nitrate - used to deploy air bags - but failed to take appropriate action to eliminate the problem.

Other lawsuits have also been filed against Honda and Takata, alleging the companies are responsible for injuries to people who were injured by air bags that exploded, causing serious harm.
READ ABOUT AIRBAG INJURIES LAWSUITS