Divorce Due to Adderall

“I was divorced and lost everything because of Adderall,” says Christie, who was wrongly diagnosed with ADHD and regretfully wound up having a “manic episode,” one of Adderall side effects. 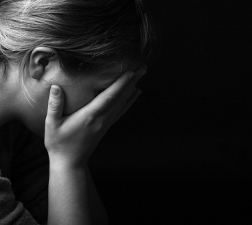 Christie, 37 years old and a registered nurse, believes that her ex-husband, family and friends would be more understanding if they knew about the effects of Adderall and intends to let them know about the dangers of Adderall. She might also want to add her prescribing doctor to that list.

“My doctor thought I had ADHD because I was spaced out and fatigued during a check-up at her office four years ago so she prescribed Adderall,” Christie explains. “The drug worked; I started feeling like I was cured from the fatigue. However, I felt too good: My judgment was so skewed - I believed that I would not suffer any consequences from my actions.”

Christie was later told by her psychiatrist that she was experiencing full-blown mania, something that she had never before experienced.


“The mania episode made me over-confident and I ended up having an affair, after ten years of marriage, which was something completely out of character and my religious belief,” Christie explains.
“I had the affair with a co-worker who more or less stalked me - I caved.” Even though it happened soon after she started taking Adderall, not a day goes by that Christie isn’t remorseful.

Christie says this manic period of her life is still so surreal. Not only did it cause her to get divorced, she lost everything, because in the state of Alabama, adultery is a crime - she left her marriage of 10 years with nothing. And not only did Adderall ADHD contribute to this mania, her fatigue started again, while she was still taking the drug. “My fatigue became worse and I could barely work,” she says. “Even one hour’s work was physically debilitating.”

About one year ago, Christie started to see a psychiatrist. At the time he questioned whether she even had ADHD, but there were other issues that Christie was working through.

“I finally quit taking Adderall a few months ago by chance,” she adds. “I got so tired and I noticed it wasn’t helping; in fact I think it made me worse, because on the days that I skipped taking the med, I had more energy. Because I had been on it so long, Adderall lost its effectiveness of giving me energy. I did try bumping up the dosage but it made my fatigue worse, crazy as that sounds.”

Christie told her psychiatrist a few months ago that she felt better on days when she skipped taking it. He told her that she was “having an unexpected affect to the Adderall,” but given the amount of Adderall users who have suffered the effects of this drug and subsequent Adderall lawsuits, it is surprising that anyone in the medical community would use the term “unexpected.”

More ADDERALL News
Meanwhile, Christie recently had to quit work to try and get better. “Today I am in better spirits and I feel stronger, I am not so weak and tired,” she says. “But what I did is so hard to live with that some days I don’t even want to be alive. I also lost my friends because of this affair and I had to move back to Birmingham with my family because I was ostracized. I know I could start my life over again but it is so difficult.

“I have been told that I am not bi-polar, but ever since the divorce, I have suffered from depression and medical problems. I wonder every day how I will survive if I can’t work and I don’t have an answer to that. My family isn’t capable financially of supporting me…

“I told my family and friends a long time ago that I was taking Adderall but they never connected my manic episode with the drug. Now I am going to send my friends a link to this interview with LawyersandSettlements - I am hopeful that they will be more understanding and forgive my actions.”

Posted by
Lachesis Atropos
on December 23, 2018
I was prescribed ADDERALL,, which I took sparingly. My then wife of 19 years decided to take it for weight loss, which was quite affective, she ended up taking my prescribed ADDERALL as a result. After a short period of time, her behavior had altered dramatically. In the end, she had multiple affairs, developed friendships with whackjobs, filed for divorce, emptied out our bank accounts, destroyed a marriage of 19 years, and my relationship with our young son. 7 years after the divorce, my son still refuses to speak to me. I NEVER did anything to hurt anyone in my family, would have given my life for my family, and as a result of this drug, went through pain & suffering which was indescribable.
I've lost everything, and am now struggling to regain my life, start a new family.
What I truly want to say cannot be published here, or anywhere on the INTERNET. I have decided to let God take care of the offending parties, and get on with my life.

Posted by
Blake Ratliff
on September 22, 2018
I an 28, I have been on adderal 3 years and it has ruined my marriage. I have not hardly ate, I suffer from anxiety attacks & heavy emotions like rage , anger and regretful actions. I havent had much sleep due too my aderal... I lost my job , wife and kids.. I am not mentally stable on my medicine & I need to proove that this is the reason my marriage has crumbled before my feet