In the wake of the announcement by the US Food and Drug Administration (FDA) pertaining to Actos bladder cancer, various organizations have weighed in with positions—not the least of which is a statement by Actos manufacturer Takeda Pharmaceuticals, which stands by its mammoth-selling product, stating that it remains confident in the therapeutic benefits provided by Actos for Type 2 diabetes patients. 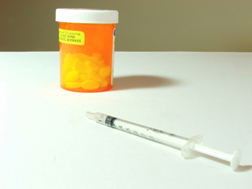 Other organizations, including the medical community, are striking a precautionary pose in stark contrast to other countries that have effectively removed Actos from the market altogether, in view of concerns over Actos side effects and, specifically, the potential for Actos bladder cancer.

Following last week's announcement by the FDA that it is concerned about the potential for Actos bladder cancer in patients who have relied on Actos to treat their symptoms of Type 2 diabetes for one year or longer, various associations conversant in the health care field have released statements.

The Endocrine Society, the American Association of Clinical Endocrinologists and the American Diabetes Association are united in urging patients who are currently taking Actos to avoid any knee-jerk reactions to concerns over Actos and bladder cancer. They stress that stopping the use of Actos abruptly could seriously impact glucose levels that could trigger both short- and long-term health complications.

In Canada, the Canadian health authority in that country has done little more than acknowledge the concern and the latest findings. According to a report from the Canadian Broadcasting Corporation, dated June 17, Health Canada notes that Actos product labeling already includes post-marketing reports for Actos bladder cancer, which occurs in very rare cases. "Health Canada has been closely monitoring this potential risk, and has been reviewing all relevant studies on an ongoing basis. We are taking these studies, including their strengths and limitations, into account as we continue to monitor pioglitazone safety," the department said in a release.

France has suspended the use of pioglitazone (Actos) altogether, while Germany has severely restricted its use and has recommended that no new Type 2 Diabetes patients should be started on Actos.

The FDA is beefing up product labeling in response to a mid-point analysis of a 10-year study on pioglitazone use. While no overall risk of Actos bladder cancer amongst users of pioglitazone was found overall, there was increased risk associated with patients having the highest cumulative dose, over the longest period of time—more than a year.

More ACTOS SIDE EFFECTS News
Once Type 2 diabetes is diagnosed, patients often have to rely on medication long-term in order to control their blood sugar levels. Sales of Actos have risen sharply when it was found that Actos was safer or at least no worse than the GlaxoSmithKline drug Avandia when it came to cardiac concerns and heart failure. To that end, any risk for Actos heart failure appears to have been pushed to the sidelines with this latest concern regarding Actos bladder cancer.

An Actos lawsuit, of which there are many, routinely lists a number of Actos side effects as deserving of compensation for the Actos patient.

All health organizations that have weighed in behind the FDA agree that patients with any concerns should talk with their doctor or health care professional, in view of their Actos diabetes.