Patients Allege They Were Harmed by Actos

It may have been a few years since Actos litigation first got underway, but lawsuits are still being transferred into the Actos multidistrict litigation, and plaintiffs are still filing lawsuits alleging they were harmed by the use of the drug. Meanwhile, allegations from a whistleblower that Takeda Pharmaceuticals paid kickbacks for prescribing Actos have not helped the drugmaker's case. 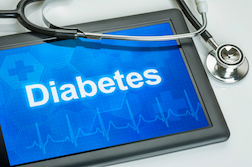 According to records from the Judicial Panel on Multidistrict Litigation (JPML), as of October 17, 2016, there were 2,111 lawsuits consolidated for pretrial proceedings in MDL 2299. Those lawsuits allege patients were harmed through their use of Actos. Plaintiffs have filed lawsuits claiming they developed bladder cancer after using the diabetes medication, which became a prominent medication after concerns that rival drug Avandia was linked to an increased risk of heart attacks.

But a whistleblower lawsuit filed by a former GlaxoSmithKline executive who applied for jobs with Takeda Pharmaceuticals, alleges there may be another reason Actos rose to prominence: illegal kickbacks. Reports indicated Peter P. Lawton alleges he was told during multiple job interviews back in 2009 that the Takeda paid physicians for prescribing Actos to treat prediabetes, even though such prescriptions were off-label.

Doctors are within their rights to prescribe medications for unapproved uses (off-label), but drug companies are not allowed to market their drugs for off-label use. Lawton's lawsuit alleges Takeda and Eli Lilly and Co developed a plan from 2000 to 2011 to pay doctors between $2,000 and $3,000 each to give presentations encouraging the use of Actos for prediabetes. The presentations reportedly used data from Takeda's own studies as evidence the drug works.

More ACTOS SIDE EFFECTS News
In 2015, Takeda agreed to pay $2.4 billion to settle lawsuits alleging patients developed bladder cancer after using Actos. At the time, there were around 9,000 bladder cancer lawsuits filed against the company. A previous lawsuit initially resulted in a $9 billion award to the plaintiff, although a judge later reduced the amount of the award to approximately $36 million.

In agreeing to settle the lawsuit, Takeda said it was not admitting liability, but was settling to avoid the uncertainty of litigation. The company maintains lawsuits involving Actos and bladder cancer are without merit.

The Lawton lawsuit is US v. Takeda Pharmaceutical Company Ltd., et al., case number 1:12-cv-10797, in the US District Court for the District of Massachusetts.

Posted by
Rose Carroll sr
on October 19, 2016
I have been taking 1 actos for quite some time now back to 2008? It is the only drug without side effects for me. I had simple cysts in bladder which went into retaining urine.bladder very overstretched from childbirth and also hystectomy in 1998(benign ovarian mass)-age 51. Over time it became more and more stretched out till finally around 2012 catheters are used 3 times a day to keep nephrosis from kidneys. This is separate from diabetes. A1c down with actos.