Actos Bladder Cancer Lawsuits Continue in the US and Canada 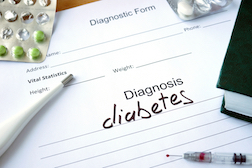 One of the latest developments involves a transfer order of an Actos side effects lawsuit (Case No. 16-L-300, Madison County Circuit Court) brought by plaintiff Matthew Gasparovic and his wife Sumico Yamana to Cook County. The allegation – common amongst the majority of Actos and bladder cancer lawsuits – is that Gasparovic’s use of pioglitazone (Actos) for treatment of Type 2 diabetes caused him to develop Actos bladder cancer.

According to the Madison County Record (07/11/16), the plaintiffs are suing for medical expenses, bodily damage, pain and suffering, anxiety and mental anguish, disability and the loss of a normal life.

The allegations in the foregoing are not unlike those found in a class action lawsuit in Canada, brought by the daughter of a Toronto resident who succumbed to Actos bladder cancer in 2011. The lead plaintiff, a registered nurse, noted in the lawsuit: “I believe the expert evidence that’s been filed confirms what manufacturers knew all along about the association between Actos and bladder cancer. [Manufacturers] had this information and it should have been shared with doctors and patients years ago. There were much safer treatments my mother could have used to control her diabetes without putting her life at risk; she should have been given all the relevant information to make an informed choice about her treatment. That choice was taken away from her.”

The Canadian class action, brought against Takeda Pharmaceuticals and Eli Lilly, includes a statement from Dr. Bruce Trock, identified as a Professor of Epidemiology at the Johns Hopkins University School of Medicine, who noted: “…the body of evidence from epidemiologic studies of pioglitazone [ACTOS] and bladder cancer supports the conclusion that pioglitazone is a risk factor for bladder cancer.”

As with all legal claims filed in Canada, it is important to note that allegations brought forth in the claim have yet to be proven in a court of law.

Meanwhile, Takeda referenced in its Q4 forecast a brief summary of recent Actos and bladder cancer lawsuits, and whether or not the eventual outcomes were found to favor either the plaintiffs, or the defendant(s).

Takeda, in its Q4 forecast, also talked of heightening research and development with a view towards developing and releasing additional products to offset any losses of revenue from Actos pioglitazone due to the loss of exclusivity, and the introduction of generic versions. It should be noted that in Canada, two manufacturers of pioglitazone generics – Apotex Inc., Sandoz International GmbH and Sandoz Canada Incorporated – were implicated in an Actos bladder cancer class action in 2013.

Revenue associated with Actos would be a concern, given a previous (and dramatic) spike in revenue for Actos several years ago when pioglitazone (Actos) benefitted from the reversal of fortune for the one-time leader in Type 2 diabetes medications, Avandia (GlaxoSmithKline). Avandia had been quite suddenly hit with an association for high risk cardiovascular issues. While Actos also carries a risk for Actos heart failure, that risk was on a lessor scale than that of Avandia, and doctors switched their patients to Actos in droves. Revenues for Actos increased exponentially at a time when risks for Actos bladder cancer were not generally known.

One interesting sidebar to the Takeda Q4 forecast, under the heading ‘Threats,’ is a cryptic reference to “withdrawal of Actos (pioglitazone) in all major markets.” Whether this suggests intent by Takeda to remove Actos, or a mandated removal at the behest of jurisdictional medical agencies (Actos was withdrawn by regulators in France and Germany in 2011), was not spelled out in the forecast, and there was no further reference or elaboration.

However, with a continuing parade of Actos side effects lawsuits and the inherent costs to defend, together with a loss of Actos revenue given loss of exclusivity and the introduction of less expensive generics, it remains to be seen if Takeda switches its view of Actos from an asset, to a liability.