A multibillion-dollar Actos lawsuit is underway in Las Vegas. The lawsuit involves two women who allege they developed a reported Actos side effect - bladder cancer - after using the medication. Several lawsuits concerning a reported link between Actos and bladder cancer have already made their way to court, with conflicting results. 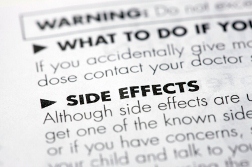 The Las Vegas Review-Journal (3/9/14) reports that the lawsuit involves two separate product liability lawsuits filed against Takeda Pharmaceuticals by two women who allege they developed bladder cancer after using Actos. Their lawsuits were combined and the trial reportedly began on March 9. The trial is expected to take eight to 10 weeks.

Lawsuits filed against Takeda Pharmaceuticals allege the company failed to adequately warn patients about the risk of bladder cancer associated with Actos use. The US Food and Drug Administration (FDA) has previously warned about the potential link, with the highest risk reportedly in people who used Actos for the longest time at the highest dose. According to the FDA’s 2011 warning, use of Actos for more than one year could be associated with an increased risk of bladder cancer.

According to the Review-Journal, both plaintiffs underwent multiple surgeries to remove tumors from their bladder.

More ACTOS SIDE EFFECTS News
Lawsuits have been filed in various state and federal courts across the US. According to court documents in the multibillion-dollar lawsuit (documents found online at caseinfo.nvsupremecourt.us), there are more than 5,500 personal injury lawsuits in state and federal courts. The lawsuits allege patients suffered serious side effects as a result of using Actos, and claim Takeda did not adequately warn about those risks.

One lawsuit, filed by Alexander and Alice Vacula, alleges that the defendants “concealed and continue to conceal their knowledge that Actos can cause bladder cancer from Plaintiffs, other consumers and the medical community.” Court documents go on to state that the defendants still have not adequately warned people about the risk of bladder cancer associated with the use of Actos for more than 12 months.

The lawsuit alleges the plaintiffs would not have used Actos had they known of the risks, but as a result of using Actos, developed bladder cancer, requiring ongoing medical care and treatment. They further claim emotional distress and economic loss due to medical expenses.

Posted by
rhonda jones adams
on April 16, 2014
My husband died with bladder cancer being cause of death on his death cettificate. He took actos for about 3 yrs.