Abilify Gambling Complaints Not so Rare

Since the FDA issued a warning to patients and doctors that Abilify may cause uncontrollable urges to gamble and other impulsive behaviors, Abilify complaints have increased. The agency may be wrong by saying these impulses are rare. 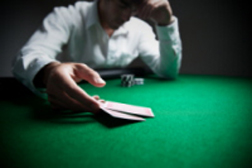 Petra (not her real name) filed an Abilify complaint after losing “everything” due to gambling. Like too many people, she found out that the antipsychotic medication caused her gambling addiction after it destroyed her life. “I never connected my impulsive gambling to a medication that was supposed to improve the quality of my life. Now it all makes sense,” Petra says in an email. “I asked my psychiatrist to wean my off Abilify, and why he didn’t warn me. If only I had known…”

If not for Petra’s sister telling her about Abilify lawsuits, she might still be spending every possible moment at the casino. Before taking the drug, Petra thought gambling was “stupid and a waste of time” so her behavior was completely out of character. Now she has ruined her career and her family has all but disowned her.

“I'm so ashamed about the things I’ve done. I even stole money from friends and family so I could gamble,” Petra says. “I've stayed up for 48 hours straight gambling and when I did win a few jackpots I just fed it back into the slot machines - I had no control over myself.”

Petra has no idea how she will ever recover. She claimed bankruptcy and might be getting a divorce. She isn’t counting on an Abilify lawsuit to recover financial losses. She is hopeful that it would explain her actions to family and friends who, at this point, are blaming Petra rather than the drug for gambling her life away.

“I can't explain in words how much I hate myself and how depressed I am - it’s ironic that Abilify was prescribed to treat my depression. Mostly I am so ashamed. The Abilify manufacturers must be held accountable.”

More ABILIFY News
Echoing Petra’s complaint, the law firm Lieff Cabraser Heimann & Bernstein filed a lawsuit against the manufacturer, Otsuka Pharmacuetical Co., and the marketer, Bristol-Myers Squibb for personal injuries suffered by the plaintiff Rikki Lee Carlson. “I have suffered devastating financial damages as a result of my Abilify use. Abilify stole my life for several years,” said Carlson in her complaint. “Had the defendants been honest and forthcoming about Abilify’s side effects, my life would not have been destroyed by compulsive gambling - a behavior I had never experienced before I started taking Abilify. The compulsive gambling also negatively affected my family members and my relationships with them.” The case is Civil Action No.: 1:16-CV-11533.

The FDA’s warning in May 2016 affects millions of people who take Abilify for depression and other mental disorders, from schizophrenia to irritability associated with autism. In 2013, the blockbuster drug made over $6.4 billion in sales, Otsuka Pharmacuetical Co., and Bristol-Myers Squibb.

Posted by
Darren Chaker
on August 24, 2016
Living between S. California and Las Vegas, I have heard consistent complaints about gambling problems and other addictive issues from people I know who take the medication. Happy to see your site is reporting on it.